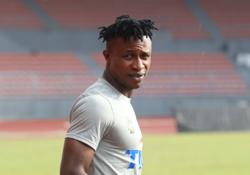 The FAM confirmed receiving the letter which stated that Sumareh was guilty of four offences and imposed a two-year ban on him from any football activity.

“As has been emphasised by FAM before, the dispute between PFA and Sumareh is currently under FIFA investigation and therefore, FAM need to respect the legal process of the world’s parent body before taking further action, ” said FAM secretary-general Stuart Ramalingam.

“Therefore FAM will not comment on this matter until FIFA decide at the FIFA Dispute Resolution Council (DRC).”

On Tuesday, the PFA’s disciplinary board found Sumareh guilty of four charges.

“This charge has gone through the notice and hearing process as stipulated in the PFA legal provisions and the player involved has been given two notices, to answer the charge against him, ” said PFA’s disciplinary committee chairman Rizal Chek Hashim at a press conference.

Rizal claimed that Sumareh was asked to face the PFA disciplinary committee to answer the charges but the player chose not to attend.

Commenting on the charges, Rizal said Sumareh was found to have made a press statement without the permission of PFA, which had violated article 61 of the FAM disciplinary code, article 4.11 of the player’s contract and article 10.05 of the PFA Constitution 2004.

For the second charge, he was found to have violated article 6.6 of the player’s contract for referring directly to FIFA’s Dispute Resolution Chamber (DRC), without first referring to FAM.

The player was also found to have failed to attend the training session with the team from Aug 3 to 28, and the last charge was his failure to participate in the Super League match dated Aug 28 between Pahang and Johor Darul Ta’zim (JDT), which is a violation of article 5.1 of his contract.

Sumareh has invoked Clause 8.7 which provides for termination of his contract for non-payment of salary to part ways with Pahang.

However, Pahang are unhappy with the unilateral decision from Sumareh and have objected to the issuance of the International Transfer Certificate (ITC) by FIFA. They are also considering legal action against Sumareh.

Sumareh joined Pahang as an import in 2017 and helped the Elephants win the FA Cup in 2018.

He became a naturalised Malaysian in 2018 and has earned 19 caps playing for the national team. 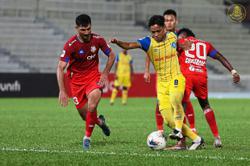 Messi imitated Maradona's goals and skills but not his lifestyle
Man Utd's De Gea a doubt for Champions League game against PSG
No rest for City as Guardiola focuses on form
Arsenal's Arteta not worried about his job despite another defeat
Gattuso tells Neapolitans to wear masks amid Maradona mourning
Lampard says Chelsea lacked a bit of magic in Spurs draw
Spurs back on top, Arsenal lose, Cavani inspires Man Utd win
Napoli pay tribute to Maradona with four-goal win over Roma
Wolves hang on for 2-1 win at Arsenal after Jimenez injury
Wolves striker Jimenez taken to hospital with head injury