PETALING JAYA: Everyone experiences fear of change but bowler Rafiq Ismail is game to conquer it.

The string pinsetter method will be used at the Birmingham Jefferson Convention Complex, the venue for bowling in this year’s World Games in Birmingham, Alabama and for Rafiq, it will be his first experience.

With a string pinsetter, strings are attached to the top of each pin. There is no interference with how the pins fall. The pins are pulled back into the rack, and the machine then resets the ones that weren’t knocked down after the roll.

Rafiq said a two-day training using that method had been helpful although it felt weird at first.

“In terms of pin reaction, string pins are not as active as the normal ones. It feels heavy. In other words, when you bowl, you have to do it faster, and the sound of a strike is way different,” he said.

“The conventional ones are louder. The string pinsetter lacks oomph, especially with the sound,” joked Rafiq.

“But I am excited to be competing in this method for the first time. Actually, all the bowlers are new to this. So, there will be an element of unpredictability during the competition day.

“But it is the knockout round that will make one’s heart skips a beat, says Rafiq,

“Since it’s matchplay, it’s all about getting the points. It will be exciting and nerve-wracking at the same time,” he said.

“I’m game for it. I want to constantly evolve and challenge myself. I will do my best, that is for sure.”

Rafiq will compete with Timmy Tan in the doubles team event. They will face Americans Alec Kiplinger and Trent Michell in the first round.

In the women’s doubles, Natasha Roslan and Sin Li Jane will go up against Puerto Rico’s Taishaya Naranjo and Pamela Perez. 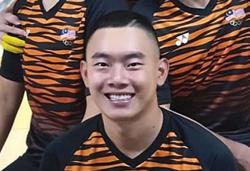 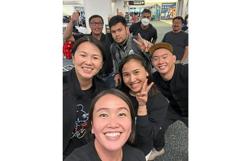