‘I’m not the issue here’

PETALING JAYA: Malaysia’s former national No. 1 women’s singles shuttler Goh Jin Wei (pic) is stunned at being caught in the crossfire between the Badminton Association of Malaysia (BAM) and Lee Zii Jia.

She quit the BAM five months ago and faced no problems.

Then like a bolt out of the blue, the BAM slapped her with a two-year exclusion from competitions along with Zii Jia.

And the 21-year-old is finding it hard to swallow the unexpected decision as the focus had been on world No. 7 Zii Jia, who decided to quit the national team on Jan 11 for an opportunity to play as an independent player.

Jin Wei, a two-time world junior champion, left the national team in September when her condition was poor and she was unable to contribute for the nation. She felt that it would be hard to reach her peak form after undergoing a surgery for a stomach ailment.

Instead of barring her from competing then, the BAM allowed her to leave with their blessings.

“So, I’m at a loss now. I’m not the issue here and I’ve followed all the proper procedures but I’ve been penalised too. It’s unfair to me,” said the 2017 Kuala Lumpur SEA Games champion.

“They have accepted my resignation and respected my decision... they know about my health condition. Why do I have to face this now after so many months? Zii Jia’s case is different.”

Jin Wei said she had met the relevant people in the BAM before turning professional under KLRC this year.

In fact, she faced no problems when she was registered by the national body for two tournaments in January in Iran and India.

“It was all okay but when I met BAM, they told me to withdraw from the two tournaments to discuss further and I did as they said and pulled out.”

Asked what was her next plan and whether she would make an appeal to the national body, Jin Wei said: “I’ve not received anything in black and white... I’ve just heard the announcement. I will decide once I get an official letter,” she said.

Jin Wei, however, was thankful that her professional outfit KLRC have been more than just her sponsor.

“I feel right at home. It’s a difficult time but the club have been very supportive,” said Jin Wei. 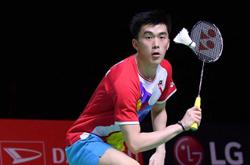 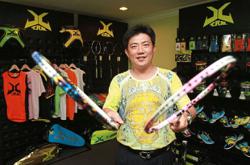