PETALING JAYA: A big loss for the nation!

This seems to be the general conclusion made by those who are either in support of the Badminton Association of Malaysia (BAM) or shuttlers Lee Zii Jia and Goh Jin Wei following the national body’s decision to bar the players from competing in international tournaments for two years.

The BAM have served the punishment after both players decided to turn professional.

An advocate for professional players, Ong Ewe Hock, was aghast at the decision which he thinks will kill the promising careers of Zii Jia and Jin Wei.

“This is not what the Malaysians want. I’m so disappointed with BAM’s decision, it’s a loss for the nation really,” said Ewe Hock.

One of the reasons that the BAM pointed out for their decision on Zii Jia was the requests made by the latter - asking for his own team of coaches and support service, to have his own sponsors, and choose his own tournaments to compete.

“Is it wrong to have his own team to support his quest to be an Olympic and world champion... he has the quality to do so. I don’t think this is hard to accommodate,” said Ewe Hock.

“And is it wrong to have his own personal sponsor? At one point, when Lee Chong Wei was with the team, BAM’s main sponsor was Victor but they allowed Chong Wei to have his own sponsor Yonex. Why can’t Zii Jia enjoy the same, why the double standard?

“I’m not sure what is written in the players’ contracts with BAM - but I think it’s cruel not to enter the players for competitions. That’s their rice bowl, that’s their passion... why bury their hopes like this.”

Chong Wei is hoping for the issue to be settled and hopes Youth and Sports Minister Datuk Seri Ahmad Faizal Azumu will find an amicable solution for both parties.

“I’m still hoping for the issue to be resolved. I know a decision has been made but let’s sit together again to review this decision,” said Chong Wei.

“I know it was hard for BAM to make that decision and it was hard for Zii Jia too... both will lose in this case and it’s a big loss for Malaysia. It’s not too late to find a win-win solution for both parties.” 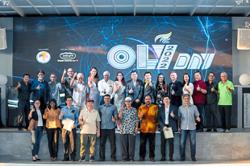 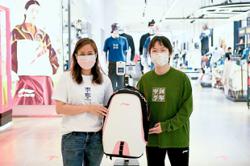