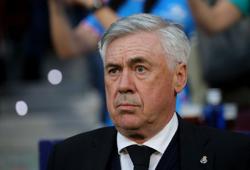 While Malaysia continue to wait for the elusive title, the 24-year-old Kean Yew created history when he put up a solid show to upstage India's former world No. 1 K. Srikanth of India 21-15, 22-20 in the men's singles final in Huelva on Sunday.

The victory saw Singapore become the 12th country to win a title since the tournament's inception in 1977 and only the fifth nation after China, Indonesia, Denmark and Japan to have won the men's singles event.

Indeed, what a journey it has been for Kean Yew who had enjoyed a brilliant turnaround after the Tokyo Olympics in July.

Apart from capturing the Dutch Open and Hylo Open at the expense of Lee Zii Jia, he also had slayed six out of the world's top 10 players in the process including reigning Olympic Games champion Viktor Axelsen of Denmark and two-time world champion Kento Momota of Japan.

Kean Yew's victory may also send some Malaysian fans into frenzy, considering he was born in Penang.

Kean Yew was previously a trainee with the Penang Badminton Association (PBA) until he was 12.

His best achievement in the junior scene was winning the 2009 National Junior Grand Prix Finals, beating Zii Jia in the Under-12 final.

In 2010, he was offered a place in the Bukit Jalil Sports School (BJSS) but opted to take up a scholarship from Singapore Schools Sports Council to study and play badminton there together with his brother Kean Yean.

The Loh brothers eventually took up citizenship and represented Singapore.

It wasn't only Kean Yew's victory that handed Malaysia a reality check but the success of former national coach Tan Kim Her in Spain may have also rubbed salt into the wound.

Kim Her, who is now working as a coach in Japan, was wearing a huge smile yesterday when his charges Takuro Hoki-Yugo Kobayashi landed the nation's first ever world title by triumphing in the men's doubles final.

Hoki-Kobayashi, who lost in the final of the world meet two years ago in Basel, redeemed themselves by defeating China's He Jiting-Tan Qiang 21-12 21-18 to end the year in a fantastic fashion.
Article type: metered
User Type: anonymous web
User Status:
Campaign ID: 46
Cxense type: free
User access status: 3
Join our Telegram channel to get our Evening Alerts and breaking news highlights 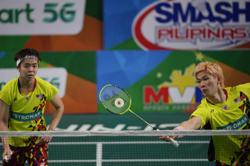