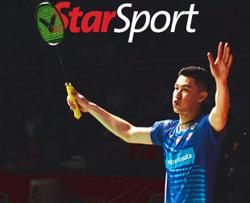 PETALING JAYA: The Badminton World Federation (BWF) have stressed that it is their policy to not disclose information on any of their ongoing investigation relating to integrity offences.

The world body can neither confirm nor deny when asked if they have acted on the revelation made by former Indonesian ace Taufik Hidayat, 40, alleging that a Malaysian official had attempted to bribe him during the 2006 Doha Asian Games.

“The BWF do not respond to questions on integrity matters related to any individuals or member associations except when BWF have an announcement to make on the outcomes of hearings conducted by the BWF Independent Hearing Panel,” said the BWF in a reply to StarSport’s query.

“But the BWF do have a very robust Integrity Unit set-up which runs dedicated anti-match fixing and anti-match manipulation programmes, as well as anti-doping programmes.”

Taufik, who’s the 2004 Athens Olympics gold medallist, claimed in a recent interview with an Indonesian television channel that he was approached by a “Malaysian team manager” and offered 400mil rupiah (RM117,000) to throw the semi-final match against Lee Chong Wei.

Untempted, Taufik walked away and went on to beat Chong Wei before pipping China’s Lin Dan to the Asiad gold, making him the first men’s singles shuttler to accomplish the Olympic and Asian Games double.

It is not known if Taufik had ever lodged a report to the authorities including the BWF.

Even Chong Wei, who’s shocked after learning about the incident 15 years ago, said he chose to “move on” despite knowing who the perpetrator was as it “happened a very long time ago”.

But the BWF could still act on it through the Integrity Unit, which is based in their headquarters in Kuala Lumpur, if they find there’s basis that merits an investigation.

“The Integrity Unit can launch an investigation at any time, at its own discretion,” wrote the BWF in their official website.

“The BWF have a range of powers to investigate allegations of doping, match-fixing and other forms of corrupt behaviour.

“The Integrity Unit may enlist external organisations and individuals including the police, customs officials and anti-corruption agencies in other countries to assist in investigations where the BWF do not have jurisdiction.” 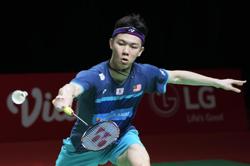