Bombshell as China not sending shuttlers to Bangkok

PETALING JAYA: With just two weeks to go, the much-anticipated resumption of the World Tour in Bangkok has been dealt a massive blow.The unprecedented three-tournament series which comprise back-to-back Thailand Opens from Jan 12-17, Jan 19-24 and the World Tour Finals from Jan 27-31 will lose some of its sparkle with China pulling out all their top players.

The Chinese Badminton Association (CBA) have withdrawn their team after failing to get clearance to leave the country from their government due to emerging new Covid-19 strain worldwide.Badminton Association of Thailand (BAT) president Patama Leeswadtrakul said they understood China’s predicament.

CBA were eager to send their shuttlers but their authorities have barred their citizens from travelling out from the country.

“The CBA had confirmed their hotel accommodation and flight tickets already, the players were supposed to leave for Bangkok next Tuesday, “ said Patama as stated in the local sports portal siamsport.co.th.Except for reigning Olympics men’s singles champion Chen Long, a total of 20 shuttlers had been entered for the Bangkok showdowns, comprising six singles and seven doubles pairs.

Qingchen-Yifan and Siwei-Yaqiong are the top seeds in their respective events. 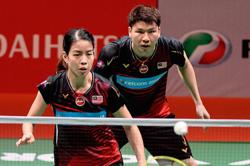