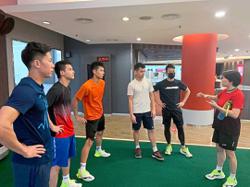 PETALING JAYA: Malaysia have decided to depend more on foreign coaches rather than locals as badminton chief coaches under the latest revamped coaching structure. The Badminton Association of Malaysia (BAM) have named Indonesia’s Hendrawan, Flandi Limpele, Indra Wijaya and Paulus Firman as the chiefs of the men’s singles, men’s doubles, women’s singles and mixed doubles departments respectively.

The only other department – the women’s doubles, will be under the charge of former men’s doubles international Chan Chong Ming. 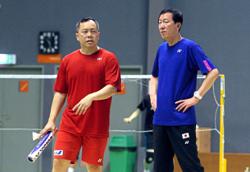 Retirement not on veteran Rasmussen’s mind as he dreams of making history Premium
Zii Jia will not dwell on the past, focused on assignment at hand Premium
Good chance for isolated quintet to see action Premium
Malaysian trio relish working under coach Joo-bong Premium
Sze Fei-Izzuddin out to hit the same heights that took them to first World Tour title Premium
Restraint the best policy for Eei Hui as she awaits official offer Premium
First-round collisions between mixed pairs draw discontent Premium
Rexy advises Aaron on how to overcome semi-final jitters Premium
Indra: Let’s not think too far ahead on Zii Jia-Momota clash Premium
Valeree says double duty too much to handle Premium