Switch that turned on the power

CHEAH Soon Kit has always been a man who could adapt to any situation. He would never have become a badminton star if not for that ability.

In 1986, when the Badminton Association of Malaysia had the idea for Project 88-90 to bring the Thomas Cup back to Malaysia, there were only several spots available in the singles department and most of them were already occupied by top seniors like Misbun Sidek, Rashid Sidek and Foo Kok Keong.

Soon Kit himself was an up-and-coming singles player, having won nearly every national junior title in every age group.

When his chance came to join the project, there was a huge condition attached. He had to become a doubles player to get in.

“I was actually selected to join the national team as a singles player but there were already too many singles players but we didn’t have a second doubles pair after Razif Sidek-Jalani Sidek, ” said Soon Kit.

“Because one of my strengths was my jumping smash, I was asked by Datuk Punch Gunalan (who was the director of the project) to try out the men’s doubles.”

“As my chances to be part of the project was better as a doubles player, I took the chance and that was how I came to partner Ong Beng Teong, ” he said.

Little did he know how that decision would change his life. Soon Kit flourished as a doubles player, winning almost everything in sight.

The first – and what Soon Kit considers his biggest achievement – was when he helped the national team win the Thomas Cup in 1992.

During that tournament, Soon Kit formed a strong partnership with Soo Beng Kiang and it was the pair that provided the crucial breakthrough point before Kok Keong pulled off an amazing fightback in the 3-2 win against Indonesia in the final.

“That will always be the biggest one for me really because there is no better feeling than when you win it for the country and win it as a team.”

“The last time we had won it before that was in 1967 and we have not won it since. To be part of that team that brought back the Thomas Cup after 25 years was even more significant.”

Soon Kit-Beng Kiang would continue their partnership to finish as runners-up in the World Championships in 1993. He came close again in 1995 when he won the bronze with Yap Kim Hock.

The next two years were disappointing for Soon Kit as he and Kim Hock fell just short of the gold medal in three major tournaments.

In 1996, Soon Kit-Kim Hock fell in the finals of the All-England Open and then the Atlanta 1996 Olympics. A year later, they came short again at the World Championships in Glasgow, Scotland. 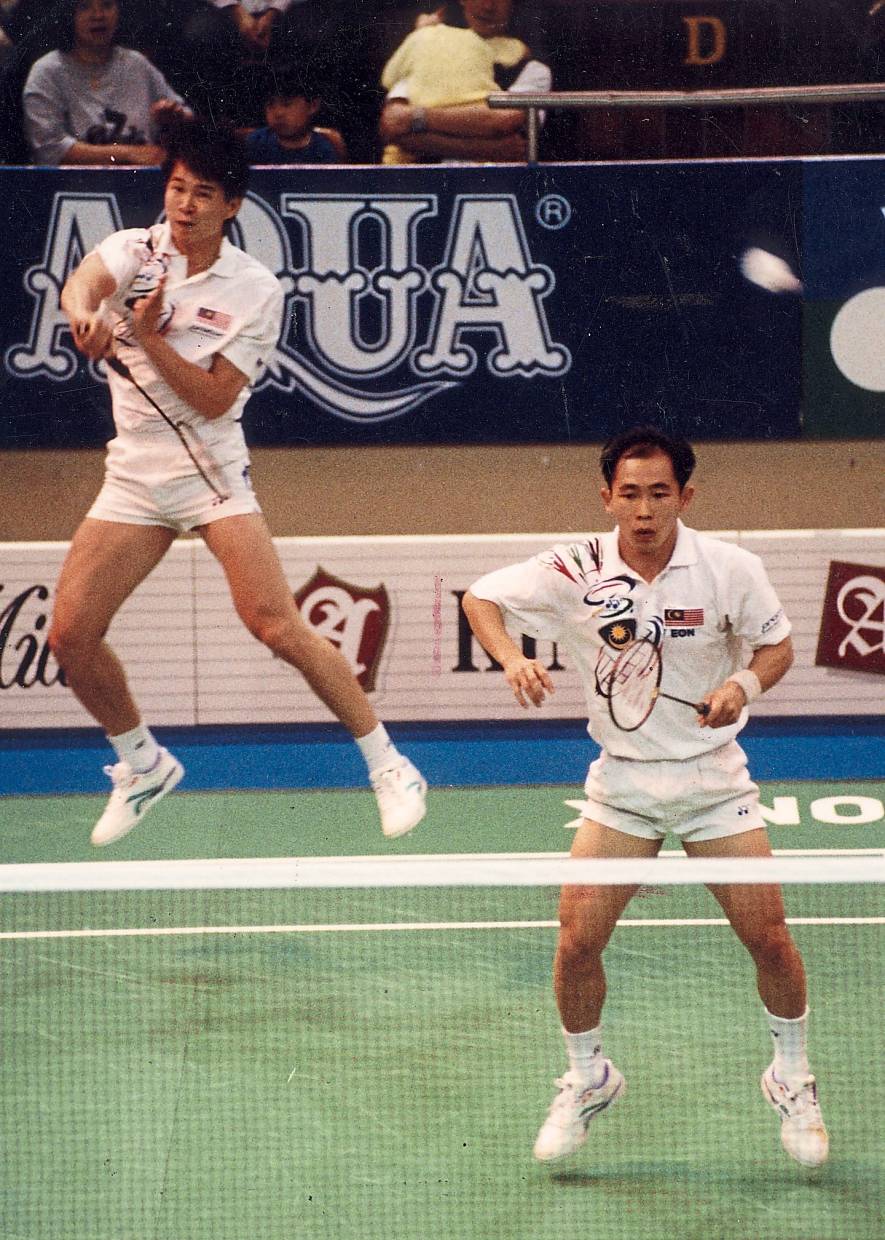 On the first two occasions, Soon Kit-Kim Hock had to watch their nemesis Ricky Subagja-Rexy Mainaky lift the titles before them while at the world meet they lost to another Indonesian pair, Candra Wijaya-Sigit Budiarto.

Even after all these years, it is hard for Soon Kit to hide the disappointment.

“Of course, it was disappointing because I came so close to the World Championships twice, the Olympics and then the All-England.”

“These three events were the pinnacle of badminton at that time but we lost. It was hard to accept but we can’t do anything now. It’s all in the past.”

“We knew very well who our main opponents were in those finals but when you are in that situation, they were tense moments especially during the last few points and we didn’t handle it as well as them.”

However, the silver at Atlanta will continue to live on in history as Malaysia’s first-ever – and only – silver medal in the event at the Olympics. 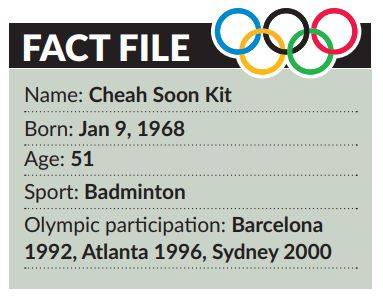 “It is still something to be proud of, for sure, but the gold would have been better, ” said Soon Kit, with a little smile.

“I suppose the best thing about being an Olympic medallist was the fact that you had one. Even though most people had little knowledge of badminton as a sport, but the moment people knew you were a medallist, the recognition was there.”

They had one more crack at the Sydney 2000 Olympics but by then Soon Kit was 32 and Kim Hock 30 and the pair lost early, in the second round.

Soon Kit hung up his racquet and became the national women’s doubles coach for six years.

During that time, he found more success making the pair of Chin Ee Hui-Wong Pei Tty into the world No. 1. Ee Hui and Pei Tty are now currently the mixed and women’s doubles coaches for the national squad respectively.

After becoming the head coach for several minor badminton clubs, Soon Kit rejoined the national set-up in 2016 before heading the men’s doubles department in 2017 and was instrumental in grooming the current world No. 8 pair Aaron Chia-Soh Wooi Yik.

After leaving the national setup at the end of 2018, Soon Kit was asked by his friend to become his partner and chief executive officer of a company selling probiotic supplements.

“It’s related to healthy living, so in many ways it’s not too different from what I did in sports.”

On the future of Malaysian badminton, Soon Kit said: “It’s honestly sad that I was part of the last batch of badminton players to lift the Thomas Cup 27 years ago. I do hope that one day we can bring the Cup back home.” 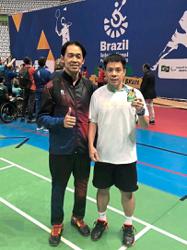 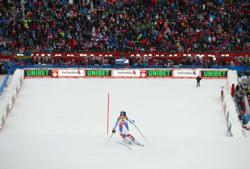 Alpine skiing: 2021 World Championships in Italy may be pushed back a year