AT first glance, housing doesn’t seem to be related to fiscal consolidation. However, stability of land price and, by extension, a stable housing market is key to continuous economic growth that’s driven by the private sector and household spending.

This is because a stable housing market in the form of affordable housing facilitated by land price stability implies less debt leverage, which means higher purchasing power and more savings to be set aside to spend in future.

If fiscal consolidation is to take place, the government must ensure that an affordable housing sector is at the centre of its economic reconfiguration and adjustment post-Covid-19.

A housing market where price outpaces income by a multiplier of five and above is unsustainable in the medium term. According to the median multiple methodology developed by Demographia International and recommended by the World Bank and United Nations, affordability means not more than three times the annual household income.

In 2016, data from the Finance Ministry’s Valuation and Property Services Department indicated a ratio of 6.17 times, which means “severely unaffordable”. The ratio denotes total household borrowings as a proportion of the size of the economy measured by GDP.

Malaysia has consistently ranked as having the second highest household debt-to-gross domestic product (GDP) ratio in Asia. Our debt-to-GDP ratio is expected to rise and stay at the 88% to 90% range by the end of 2020.

According to Bank Negara Malaysia’s “Financial Stability Review for First Half of 2020”, the household debt-to-GDP ratio was 87.5% as of June 2020 from its previous peak of 86.9% in 2015. This was mainly due to the sharp contraction in nominal GDP in the second quarter due to the Covid-19 outbreak. Despite this slower overall growth in personal debt (housing and automotive), a high household debt in times of economic uncertainty, notwithstanding optimistic forecasts, can only increase the risk of loan defaults.

If we look at Singapore, its fiscal soundness is combined with policy pragmatism where the Central Provident Fund (CPF) was unlocked to provide funds for building Housing Development Board (HDB) flats. Affordable housing (HDB flats) was a major driver of economic growth in Singapore. This can and should be the case, albeit on a lesser scale, in Malaysia if done correctly.

Another way the Singapore government inter-locked the CPF and HDB together was through the possibility of withdrawing contributions – up to a certain limit – for HDB purchases. Again, price stability was under-girded by state ownership of nearly all the land in Singapore.

While this is not the situation in Malaysia, a comparable scenario could be envisaged whereby mass affordable housing driven by the government (both federal and state) performs the same function in pricing and financial stability.

Bank Negara must also continue to strictly supervise and monitor bank lending practices. The solution to wider home ownership is not through banks loosening credit worthiness but the provision of more affordable homes.

Land value tax could also be a major source of revenue for the government as well as a means to stabilise the value of undeveloped land by, for example, pre-empting hoarding. 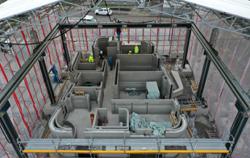 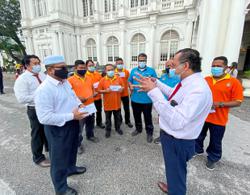