I REFER to the news on Prasarana Malaysia Berhad’s quest to recruit a new CEO. As a public transport user and advocate, I wish to raise several issues that the incoming CEO should seriously look into to improve Prasarana’s service especially in the Klang Valley.1. Fix the long outstanding first- and last-mile issue. It cannot be denied that difficulty in getting to train and bus stations is hindering commuters from making full use of public transport. Some bus routes are also operating at a loss because there are hardly any passengers in the buses even during peak hours. It is also absurd that there is still no efficient feeder bus service covering a radius of 10km from a LRT/MRT station.

2. Work with local councils and the Land Public Transport Agency (Apad) to construct new park-and-ride facilities, pedestrian crossings and proper drop-off areas. Connectivity within 500m at some LRT stations is terrible. Maintain the facilities at the stations as well. For example, the walkway at Asia Jaya station is riddled with broken tiles, and there are no proper pedestrian crossings or walkways at LRT Kinrara station. Public transport must be safe and comfortable.

3. Focus on non-fare revenue. Operating a public transport service is not cheap, hence relying solely on fare revenue is not a wise move. I see many LRT stations that have lots of “empty spots”, which could be monetised for advertising space. Some commercial lots at certain stations are also empty. Why? Are the rental charges high or do potential clients find it hard to approach Prasarana for commercial and advertising services?

4. When the movement control order is lifted, Prasarana should extend RapidKL operations to 1am on Fridays and Saturdays to increase its fare revenue. Longer operating hours would allow more people to use public transport to get to places like Bukit Bintang and KLCC. Park-and-ride charges could also be reduced by 50% on Sunday to encourage families to use public transport to travel to the city.

5. Prasarana should integrate its service with other transport providers, e-wallet companies and relevant service providers to meet the customer’s complete mobility needs.

6. Adjust the fare to attract occasional users. While the monthly RM100 pass is beneficial to frequent users, Prasarana should also focus on attracting occasional users by introducing a single fare system (also known as transfer system). This allows users to pay a single fare for one round trip. For example, if I travel on the LRT from Asia Jaya to Subang Jaya, it will cost me RM2.50. The transfer system would allow me to travel from Asia Jaya to Subang Jaya and back for just RM2.50. The city of Toronto has implemented this system successfully. This would attract occasional users to take public transport instead of driving.

7. Go digital. What happened to the mobile app journey planner that was promised? Prasarana could have made use of the powerful digital landscape to increase advertising revenue while providing more efficient service through mobile applications.

I hope the incoming CEO of Prasarana would take immediate action to improve the quality of public transport in the Klang Valley as well as increase its revenue. 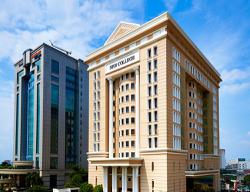