Doubts over the conditional MCO are understandable but when states go their own way, even when in good faith, they risk facing civil suits.

NINE out of the 13 states of the federation are not in sync with the Federal Government’s conditional movement control order (MCO).

It appears that the differences are not about whether the crippling restrictions must be relaxed but about when.

The short notice of four days has ruffled many provincial feathers, and rightly so.

However, there is no cause for alarm over this impasse. Tensions between central and regional governments are inevitable in any developed federal system. The clash between US President Donald Trump and New York Governor Andrew Cuomo on Covid-19 measures illustrates this dynamic.

Putting aside the political, economic and medical aspects of the partial lifting of federal controls, the constitutionality of the state revolt needs examination.

Do the states have a legal right to go their own way on a devastatingly critical matter like Covid-19? Can the states continue imposing the restraints the Federal Government has lifted?

What are the legal tributaries from which the states derive the power to defy federal laws like the National Security Council Act 2016, and the Prevention and Control of Infectious Diseases Act 1988 and its numerous pieces of derivative regulations?

Though local government is a critical matter in the State List, Article 76(4) permits Parliament, in the interest of uniformity of law and policy, to enact the Local Government Act 1976 (LGA) for all states other than Sabah and Sarawak. This federal Act confers wide powers on local authorities to:

* licence buildings and stalls and impose any conditions they deem fit; and

* promote public health and take all necessary and reasonable measures for preventing the occurrence of any infectious, communicable or preventable disease.

Concurrent List: This list contains shared powers on such matters as hawkers, public health, sanitation, and the prevention of diseases.

In light of the above power distribution, some legal eagles are suggesting that the states have every right to defy the Federal Government and chart their own path. Most respectfully, this view is overly optimistic for several reasons.

First, citizens have fundamental liberties. Public authorities have no inherent power to curtail them unless explicitly authorised by a valid law.

Though the Concurrent List (Item 7) permits State Assemblies to enact laws on public health, sanitation and the prevention of diseases, to the best of my knowledge, no peninsular state assembly has enacted a specific law on infectious diseases.

The item in the Concurrent List is an enabling provision and not a law by itself unless given flesh and bones by an enactment. Item 7 is like a promissory note not yet cashed!

Second, the void has been filled by the federal Prevention and Control of Infectious Diseases Act 1988. This is the main law on the point and its enforcement is in the hands, not of municipal employees, but officers authorised by the Health Minister.

Third, even if there were provisions in state enactments on health and infectious diseases, as there are in Sabah and Sarawak, these laws will have to give way to the 1988 Federal Act.

In our federal system with a central bias, Article 75 mandates that any inconsistency between a federal and a state law must be resolved in favour of the federal law.

Fifth, the main weapon in the arsenal of the peninsular states is the federally enacted LGA, which can be employed to indirectly achieve some, though not all, purposes of the pre-May 4 MCO.

However, the powers of LGA lack the breadth of the Infectious Diseases Act and cannot be used to shutter all businesses and forbid movement of vehicles, persons and goods.

Sixth, the LGA is not a stand-alone law. It has to compete with the Infectious Diseases Act and the National Security Council Act.

In any case of conflict, courts first attempt a harmonisation between competing laws. If harmonisation is not possible, then many fascinating rules of interpretation kick in.

Among them are that “special overrides general” or “latter overrides former”.

In relation to the peninsula, the laws to combat the ravages of Covid-19 are all federal laws and there is little doubt that the special 1988 Infectious Diseases Act will prevail over all previous and general laws.

Seventh, how will the states impose their fiat if federal agencies like the National Security Council, the police and the Attorney-General’s Chambers do not pay heed to the wishes of state governments?

It is unthinkable for them to assist local authorities to work against valid federal directives.

Eighth, if there arises any civil disobedience to municipal orders to reimpose controls already lifted, the police will have to move in to restore order.

Worse, if the federal-state relationship breaks down on this tragic and grim issue, there may be only one legal recourse left – declaration of emergency under Article 150(1) to impose federal control over all aspects of federal and state policies on Covid-19.

The term emergency includes threats to public order or economic life. In the case of Stephen Kalong Ningkan (1966), it was held that “breakdown of civil government” also amounts to an emergency. Hopefully, this recourse will be avoided.

To sum up: political, administrative and legal decisions are never based on a sole determining factor. Almost always there are competing considerations and an adroit attempt at balancing conflicting interests.

It is best that in drawing up strategies to combat Covid-19, the Federal Government should enhance its consultation with all states. A participative democracy is better than a top-down decision-making process.

Doubts about the desirability, the timing and the manner of the launching of the conditional MCO are understandable. But there is insufficient legal justification for state defiance of measures under the 1988 Act.

State authorities may be liable to civil suits by individuals, businesses and commercial groups if their actions, even if in good faith, have no basis in a valid law.

Emeritus Professor Dr Shad Saleem Faruqi is holder of the Tun Hussein Onn Chair at the Institute of Strategic and International Studies Malaysia. He wishes all Muslims the blessings of Ramadan and greets all who celebrate Wesak. The views expressed here are entirely the writer’s own. 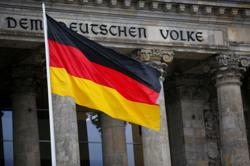