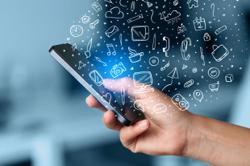 A TUMULTUOUS year has come to a close and a new year and a new decade have rolled in. While we reflect on the many blessings that our nation continues to enjoy, let us also be conscious of the challenges ahead.

Among them are the deteriorating race relations, the legitimising of hate speech, the kowtowing by the authorities to hooligan politics and the mainstreaming of bigoted racial and religious ideology.

One regrettable, recent example is the ruling by some narrow-minded guardians of the religion that it is haram (forbidden) for Muslims to wish “Merry Christmas” to their Christian friends and neighbours.

Fortunately, not every Muslim agrees with this petty and blinkered view. Our King and Queen, the Sultan and Permaisuri of Johor, the Prime Minister and his wife, the Deputy Prime Minister and her husband, and a host of Muslim ministers and senior government officials offered their warm wishes to our Christian brethren here and abroad.

In most Muslim countries, there is no such blinkered view about Christmas.

The doyen of Islamic learning, the Grand Imam of Egypt’s Al-Azhar, Ahmed el Tayyeb, extended his heartfelt Christmas greetings to the head of the Catholic church, Pope Francis, and all Christians worldwide.

The Grand Mufti of Australia, Dr Ibrahim Abu Mohammad, says “there is a difference between showing respect for someone’s belief and sharing those beliefs”.

Any student of Islam should know that Jesus, or Isa, is one of a line of Prophets of God. His virgin birth is mentioned in various places in the Quran (Surah Al-Imran 3:45–48). A whole chapter in the Quran is named after Maryam (Mary) and is an exquisite narration of the birth of Jesus and his mission (Surah Maryam 19:27–36).

Jews and Christians are described in the Quran as “the People of the Book”. Allah says in the Quran, “Allah does not forbid you from being good to those who have not fought you in the religion or driven you from your homes, or from being just towards them.” (Surah al-Mumtahana 60:8).

It is also explicitly stated that “Had Allah willed, He would have made you a single community, but He wanted to test you regarding what has come to you. So, compete with each other in doing good.” (Surah al-Ma’ida, 5: 48).

It needs to be pointed out that whether it is Islam, Christianity, Hinduism, Sikhism or Buddhism, we can find within them whatever we are searching for.

Every religion, without exception, is a mansion with many rooms.

Every religion has a beautiful tapestry of doctrines, principles, beliefs and fables that embrace the interconnectedness of life and the importance of love, tolerance, sacrifice and peace.

At the same time, there is evidence throughout history that all religions have now and then been abused to oppress and discriminate, to divide and denigrate, and to justify wars, brutalities and inhumanities.

The holy literature of most religions contains passages that can be misused by those whose hearts are filled with hatred to demonise and marginalise “the faithless” of other persuasions.

There is in almost every religious book something for everyone and for any purpose. Like all laws and norms, religious doctrines are capable of whatever interpretation we wish to use them for.

So, what can we do to restore mutual respect, create unity and harmony, and combat the voices of hate and extremism with moral force?

We must provide a new statutory, institutional framework for reconciling race and religious conflicts. Conflicts are unavoidable in any vibrant society.

What is necessary is to reconcile them with the least friction and to provide appropriate remedies when rights are infringed. It is time to consider a new legislative initiative.

A National Harmony Act should be drafted after wide consultation.

The new National Harmony Act should have a triple purpose.

First, to administer cautions and warnings whenever peace is poisoned by hate speech or actions.

Second, to try to bring parties together through education and conciliation. Singapore and the UK offer such example.

Third, to impose sanctions as a matter of last resort when conciliation fails. Sanctions, when imposed, need not be custodial. Community service, injunctions and damages may be better alternatives.

The media can play a critical role. Instead of highlighting pernicious acts of bigotry and demagoguery, the media should celebrate acts of intercommunal harmony. There is heroism everywhere. Every day, thousands of ordinary citizens perform extraordinary acts of love and compassion that transcend race and religion, and these are rarely noted.

Education begins at home in our formative years. Parents and guardians play a crucial role.

But we can’t teach our kids what we don’t practise ourselves. The best sermon is a good example. Our love for our religion, race or region should manifest itself in positive acts of devotion, discipline and sacrifice for those who are the objects of our concern.

But it is totally unnecessary and morally wrong to believe that to be a good member of our community, we must condemn and demonise other faiths and their followers. This attitude hurts both the demoniser and the demonised.

Whether to love or hate, to be moderate or extremist, the choice is ours. Our religions, our Constitution, our cultures, our history have enough in them to enable us to lead lives of moderation and restraint in everything we say and do.

We should build bridges and dismantle walls, heal and reconcile, and treat each other with respect. As we walk through the meadows of our mind, let us emulate former United Nations secretary-general Kofi Annan’s advice to “confront ignorance with knowledge; bigotry with tolerance; and isolation with the outstretched hand of generosity”.

Emeritus Prof Shad Saleem Faruqi is Tunku Abdul Rahman Professor at Universiti Malaya’s law faculty and holder of the Tun Hussein Chair at the Institute of Strategic and International Studies Malaysia. He wishes all readers a Happy New Year. The views expressed here are entirely the writer’s own.