The shadow play goes on 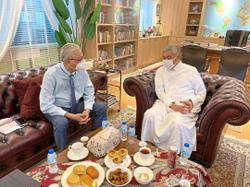 According to the honorary fellow at Universiti Sains Malaysia’s Centre for Policy Research and International Studies, although the dalang tua has legal problems, the politician can still exert his influence on Malaysian politics.

The professor argues that the puppet master manipulates a politician who is a stilted Wak Long character with malicious intent.

“The politician is a puppet (Wak Long) who aspires to be a dalang, so he becomes an apprentice (dalang muda). He does the opening scene, which is a standard format that most can do. But it is the dalang tua who creates the story as he dictates the storyline, music and tempo,” he said.

“The dalang tua also makes offerings to various spirits so that they don’t cause any problems or trouble during the wayang kulit performance,” he said, adding that in Malaysian realpolitik, the dalang tua gives offerings to other politicians to get their support.

Prof Mohamed Ghouse pointed out that the dalang in the old days competed among themselves using necromantic arts to attract the most audience. “The dalang tua is also a healing master. He can use the wayang kulit to heal psychosomatic illness,” he said.

He opined that there are several dalang tua other than the puppet master in control of a Wak Long-type politician in Malaysian politics. The master puppeteers are in competition with each other for power.

According to the professor, an ageing dalang still wants to perform wayang kulit. However, when he manipulates the puppets, he can’t get the actual shadow projection onto the screen.

“He is only moving in the periphery. His hands shake and the shadows are not coming out exactly as he wants,” he said.

“He is a dalang who has seen better days. Not many people are going to watch his performance anymore as he has lost his skills. They remember his old performance, but his skill is gone.”

The professor explains that in a performance, the dalang sings and speaks the lines of the characters like Sri Rama, Pak Dogol and Wak Long. “The ageing dalang’s vocal inflexion is gone. He also can’t string a proper scenario. He has a bit of storyline here and there, but the audience gets confused,” he said.

However, the master puppeteer uses his old influence – the magic of the spirit – to affect the country’s political play. “But I don’t think his performance is viable nowadays,” he said.

Prof Mohamed Ghouse notes that a politician, an apprentice of the ageing dalang, has come out on his own right to be a puppet master.

“He dictates the tempo of the current political situation. When the situation gets worse or bad, he creates a new branch story, and when this goes down, he creates another one,” he said.

There’s a dalang tua, who is a lalang (weed), manipulating the puppets and his religious audience to serve his agenda, said the professor. “He is like what we call lalang ditiup angin (grass blown by the wind),” he said.

According to Prof Mohamed Ghouse, a political leader in Malaysian politics has not reached the level of a puppeteer.

“He’s a Pak Dogol. In wayang kulit, there are two clowns – Pak Dogol and Wak Long. Pak Dogol is a god clown. He is very astute. He is a clown but a thinking clown. When Sri Rama (a king who is the main character in a shadow play) talks to Pak Dogol, it is because he respects him. Nevertheless, there is an element of clowning in Pak Dogol, for example, when he says, ‘I got the numbers’,” he said.

The professor pointed out that there was a politician with an important position in the country.

“But he is not even an apprentice puppeteer. He is a helper who moves the instruments and arranges the puppets in the hope of becoming an apprentice and then a master puppeteer, which is beyond his reach,” he said.

“With the recent political development, the wayang (play) is working very well. It looks like bargaining is still going on. Tok dalang might see the light at the end of the tunnel. And with Covid-19 on the rise again, it is not wise to move against the Prime Minister right now,” he said.

On which master puppeteer (or even Pak Dogol) could win in the competition for power, Muhammad Asri pointed out that we must remember that the main actors are graduates from the same political school – Barisan Nasional.

“The way they think, act and strategies are almost the same. Creating a coalition and bargaining, especially for position, is the main strategy,” he said.

For the political analyst, there are two wayang being played – one by Umno de facto leader Datuk Seri Najib Razak and the other by Pejuang pro tem chairman Tun Dr Mahathir Mohamad.

Muhammad Asri contends that the two politicians had to play the wayang kulit.

“The tok dalang are still pulling strings, they have the resources, but at the same time, they cannot go public anymore. So, they strategise what to do and what narrative to be presented,” he said.

The political analyst predicts Umno will tone down its demand for Tan Sri Muhyiddin Yassin to be replaced as Prime Minister. He explained that bringing down the PM is a highly risky move. If it fails, it will jeopardise the new position (Deputy Prime Minister) that Umno vice-president Datuk Seri Ismail Sabri Yaakob holds.

“With recent events, the status quo will remain. Just enjoy the wayang lah,” he said. 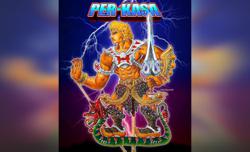 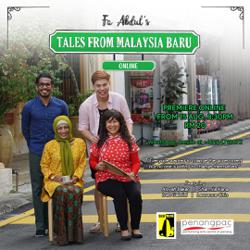 Najib eyeing Umno presidency - bravado or real comeback? Premium
We can co-exist as one
Be a man and carry a bag!
Govt's decision not to appeal High Court Undi18 ruling welcome
Sex? Not if you’re a varsity student
U-turn in contraception
Bridge more divides
The memorandum's message
Mind your step
Remember why we must follow SOPs