IT was a budget that was to rebuild the country’s economic resilience amid the recovery phase as the nation emerges from the Covid-19 pandemic.

The economic damage has been severe, and nobody had been really equipped to deal with such an unprecedented health crisis. Household savings have been decimated, scores of businesses have shut their doors forever while others have been crippled.

For many Malaysians, the need for a helping hand has never been more apparent.

The to-do list was hamstrung by the closure of businesses, which put a crimp on tax revenue – but neither is this the time to start being overly prudent.

However, the annual federal budget always comes down to serving the people, and this time around the two largest recipients are the usual ones: education and health.

Under a new scheme called Bantuan Keluarga Malaysia, households earning less than RM2,500 a month will get a one-off payment of RM2,000 to help alleviate hardship caused by the pandemic which has seen a large number of people from the M40 category slip into the B40 level and worse, those in the B40 segment earning even less than before. 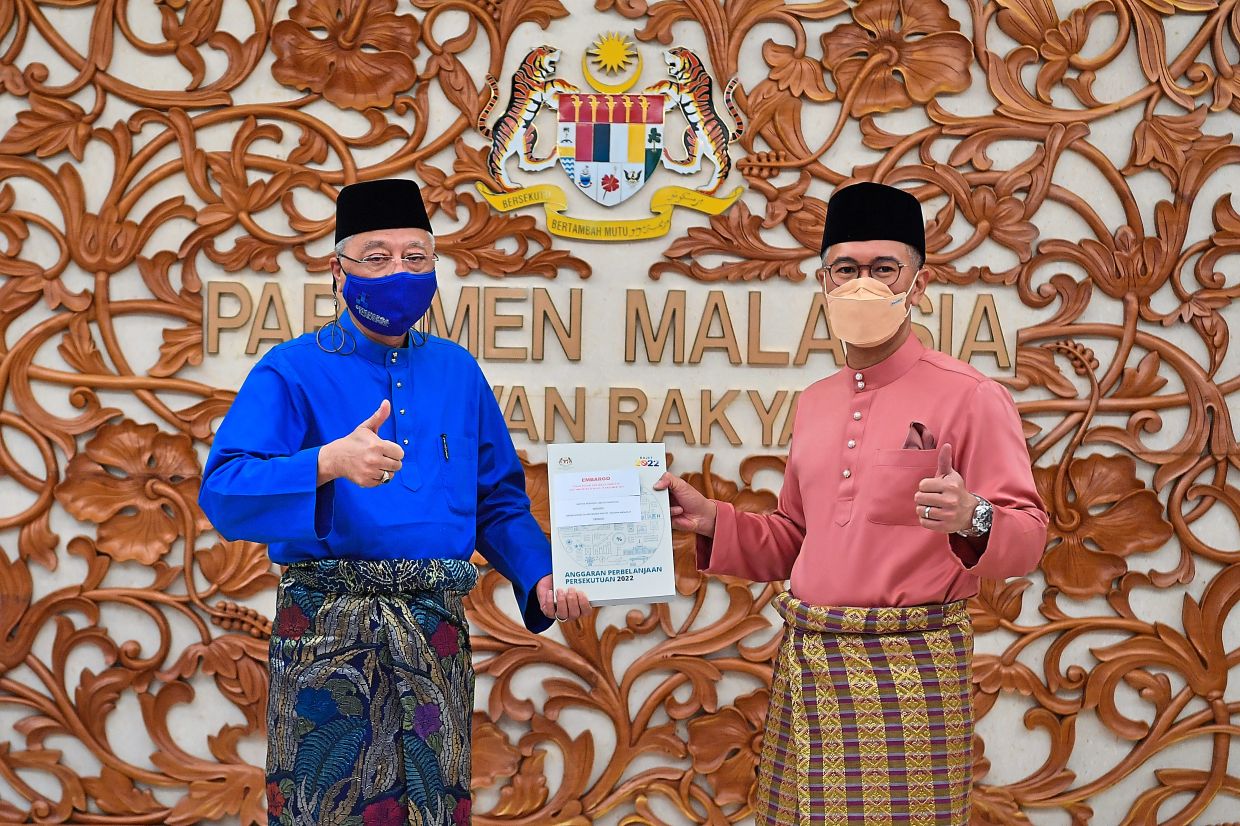 There are also measures that would provide better insurance and ensure retirement savings for workers in the informal sector.

Measures to drive employment by footing the wages of hired workers to encourage companies to retain employees, especially in tackling the huge youth unemployment issue, is also a step in the right direction.

This is in addition to lowering the start-up cost of business along with getting government-linked corporations to commit RM30bil in investments to drive economic activity and employment.

With the development expenditure hitting a new record at RM75.6bil, there were also more projects for balanced growth in states that need such funds and infrastructure the most, in line with the inclusivity drive under the 12th Malaysia Plan.

The inclusiveness aspect of Budget 2022 was also extended to women and the disabled, where all public-listed companies would need to have at least one female director and the disabled no longer have to pay road taxes.

But as with all expenditure, especially one that is the largest on record at RM332.1bil, Budget 2022 needs to be commensurate with revenue, even though the budget deficit is projected to reach 6% next year.

Excise duties were raised on sugary drinks and vaping products, and this is expected to raise a significant amount of money.

Then there is a prosperity tax, where companies that make a profit of more than RM100mil will see profit above that threshold taxed at 33% instead of the normal corporate rate of 24%.

This is also to balance the books with additional revenue and is a one-off tax – not the first time we have seen something like this in Malaysia.

Taxes on overseas sources of income are also being implemented.

The recovery aspect of the budget will come from boosting consumption. There will be no taxes on imported electric vehicles, and the real property gains tax on real estate sold after the sixth year will be removed.

To encourage Malaysians to spend, the minimum EPF personal contribution rate of 9% has been extended to June of next year.

That measure has been a tremendous way of getting people to spend money and raise the gross domestic product, which is projected to be between 5.5% and 6.5% next year.

Way paved for interns to get hired

Frontliners say a big thank you for govt support

Incentives for management of Islamic affairs

Employment plan a relief for the disadvantaged

Extra goodies for the disabled community

Reducing the burden of the B40

INTERACTIVE: What Budget 2022 has in store for Malaysians