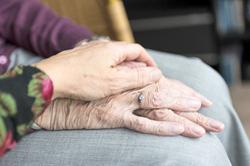 Pro at work: Lin making a cup of coffee at her cafe located in rural Changsha village in southern Fujian province.

IN my travel around China in the last few years, I noticed that it is difficult to find a cafe, especially in rural areas.

The tea-drinking culture is so deep-rooted in the Chinese psyche that it is common to see people carrying bottles filled with tea rather than water or other beverages.

But during a recent tour to Changsha village – a rural settlement with nearly 1,300 residents in Ningde city of southern Fujian province – I finally spotted one.

When I stepped into this small kampung one evening, a fully lit-up modern single-storey building caught my eyes.

To my surprise, it was a cafe.

Just an hour before, I told a member of our entourage, an Indonesian diplomat, to stop harbouring hope of drinking coffee at our next destination.

He had been craving for the beverage during our travel to areas listed under China’s poverty alleviation programme. The tour was arranged by the Chinese Foreign Affairs Ministry.

Manning the cafe was Lin En, a 40-year-old businesswoman from Changchun city in the north-eastern Jilin province.

She named the shop Dawang, literally means come and go, hoping that her customers would put their worries behind while enjoying their drinks at her cafe and leave with a joyful heart.

“How’s business?” was my first question as I pondered whether locals in the village have started drinking coffee.

Lin smiled and said she only had a few customers in the first month when she opened the shop more than six months ago.

“The villagers are not used to the lifestyle of frequenting cafes and spending time enjoying the ambience but things have changed.

“Now, I receive about 20 visitors a day, some just drop by to relax, ” she said, adding that only a handful of her customers ordered coffee.

Changsha village used to be a settlement for 160 families relocated from the remote areas some 40km away in the 1990s due to various development projects.

Infamous for its streets covered with rubbish and dirty waterways, the village has been transformed into an artistic countryside with beautiful cottages and creative decorations.

These changes are good enough for Lin to give up her children’s fashion business in her hometown and travel 2,600km to settle down in Changsha village.

“A relative of mine, who is a staff in the local government and assigned to help out the poverty alleviation project here, told me about Changsha village and I came for a visit, ” she said.

She fell in love with the place at first sight and decided to stay on.

“The air is so fresh, the people are nice, the buildings, the streets, the wall arts and the scenery are so beautiful, ” she said.

A coffee lover, it was not difficult to decide on what business she should venture into.

“I wish to introduce what I like to the people and hope they like it too, ” she said.

At her cafe, a small cup of latte is being sold for 15 yuan (RM9.40), half the price offered at the international coffee chains.

Besides coffee, she also serves juice, fruit flavoured tea, snacks and an assortment of cookies.

Although living in a country with a few thousand years of tea-drinking history, more and more Chinese, particularly young city dwellers, are hooked on coffee.

In downtown Beijing, almost every corporate or commercial building has an outlet that sells the beverage.

With coffee being sold between 25 yuan (RM15.70) and 50 yuan (RM31.30) per cup in cafes around the city, it is seen as an unofficial indicator to the standard of living of the locals.

Similarly, Dawang Cafe is a reflection of improved livelihood of the locals who now have the time and extra cash for such “luxury”.

Today, Changsha village has had its poverty cap removed.

It is a joint where artists, poets and like-minded photographers gather to exchange views and opinions.

All the artistic decorations and wall arts in the village were produced by the local farmers who turned artists after learning the skill at an oil pointing training course specially catered for them.

So far, some 200 villagers have participated in the course and created thousands of paintings. 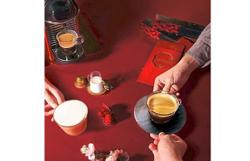 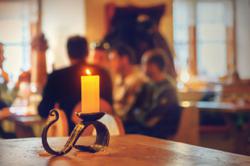 Debating on the doctrine of basic structure Premium
Flip-flop decisions over park openings causing public confusion and frustration.
Drawing on independence
A nation 'Becoming': How reading can make us better
The way to regain trust
Confusion as Umno MPs are asked to oppose Emergency order Premium
Lessons in crisis communication for government and businesses
Lessons from Trump’s America
The flora kingdom of China
Toying with ideas between the sheets