RAFIZI Ramli has laid out such an appealing narrative for his political comeback.

He is making it a crusade to save PKR and his fanatical fans have hailed his bid for the deputy president post as the “return of a warrior”.

More than that, he is selling hope and asking his supporters to dare to dream.

This is what his opponent Datuk Seri Saifuddin Nasution Ismail is up against.

Saifuddin, a former minister and incumbent secretary-general, represents loyalty, stability and a steady pair of hands.

He is also the preferred choice of Datuk Seri Anwar Ibrahim who is said to be quietly canvassing division chiefs on Saifuddin’s behalf.

But the Saifuddin-Rafizi contest is more than just about the No 2 post.

It is seen as a proxy fight between Rafizi and Anwar.

For Rafizi, a win will bring him closer to taking over the party leadership whereas a win for Saifuddin will reinforce Anwar’s hold over the party.

“There are proxy fights taking place at every level of the election,” said outgoing vice-president (VP) Tian Chua.

Rafizi, who is founder and CEO of Invoke, has placed his people to contest the four VP posts, the leadership of the Wanita and Youth wings, 20 supreme council seats as well as in many divisions.

“It’s like Invoke vs non-Invoke. He is rooting out those who are not with him. Anwar will be a general without lieutenants if Rafizi and his team win,” said Chua.

Those who have registered to vote online can do so over three days, from May 18-20. Others who prefer to vote physically can do it on specific dates scheduled for different states.

Although the spotlight has been on the top posts, fierce fights are unfolding in many divisions especially Port Dickson, Gombak, Pandan, Shah Alam, Setiawangsa, Batu, and Ampang.

In Pandan, Rafizi is being challenged by Rashidi Hassan, the special officer to Datuk Seri Dr Wan Azizah Wan Ismail when she was deputy prime minister.

Aminuddin is a long-time ally of Rafizi and was the Tampin division chief. Some see his move from Tampin to Port Dickson as an indirect challenge to Anwar who is Port Dickson MP.

But local sources claim Aminuddin is running from Tampin because there is a revolt against him.

“Whatever the reason, the MB is creating a fight on the doorstep of the president,” said Chua, who is also in an interesting face-off in the Batu division.

Chua, the former Batu MP, is being challenged by the current Batu MP, P. Prabakaran.

It is another proxy fight because Rodziah is with Team Rafizi whereas Yaakob is with Anwar.

Rodziah, who is a Selangor exco member, is also vying for the Wanita leadership against Fadzlina Saddiq who is the daughter of Anwar’s closest friend from his Angkatan Belia Islam Malaysia (Abim) days.

Two artistes are vying to lead in Ampang. They are actor/producer Hans Isaac and rapper/composer Altimet.

But the fight that even Umno circles are talking about is in Gombak.

At a glance, it looks like a walkover for Amiruddin who is a big name and has done a lot of work there.

Moreover, Gombak was a stronghold of the “cartel,” the nickname for the circle around former deputy president Datuk Seri Mohamed Azmin Ali and of which Amiruddin was a key figure.

Team Rafizi has been wooing Amiruddin and Nurul Izzah Anwar was sent to officiate at the Gombak AGM last month.

More than 30% of PKR’s membership is from Selangor and Team Rafizi is hoping that Amiruddin can deliver those votes to help make him the next deputy president.

Farhash is the underdog in this race but those familiar with the way he operates say he should not be underestimated.

His loyalty is to Anwar and he could turn out to be the dark horse.

Farhash, who is also contesting the VP post, has great organising skills and has approached the contest as though going into battle.

He has set up a war room where the walls are plastered with charts and information about party divisions throughout the country.

He was still troubleshooting in the war room on the eve of Hari Raya.

There are some 13,000 PKR members in Gombak and Farhash has been very focused on his campaign, going house-to-house to meet and talk to members.

The personal touch is important but his opponent has been sending out fancy Raya cards, boxes of kurma and duit raya.

Rafizi, said an aide to a former minister, has had a good, long break and returned with fresh energy.

“There are members who want a younger face with new ideas after what’s happened in the last few years.

“But it’s a lot of heavy-lifting for Rafizi because his break from party politics cost him the momentum whereas Saifuddin’s advantage is that he is a familiar flavour,” said the former aide.

There is so much at stake for Anwar and all these proxy fights spell danger for him.

Can he afford to stay above the fray? 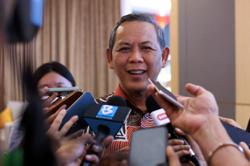 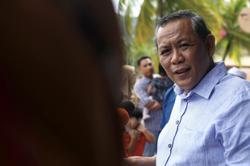 A long and tough journey
Learn from our neighbour
Spare a thought before reacting
Returning to the way life should be
Predictions time as EPL makes way for game’s oldest cup competition
Of Children, China, and Covid-19
New Year resolution for prevention of ED
Aptitude for ineptitude
Brothers in arms
Fighting inflation in the long-term