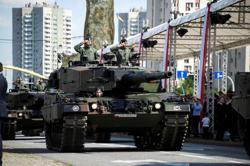 Numerous local authorities in Poland declared themselves free of "LGBT ideology" in 2019, part of a conflict in the predominantly Catholic country between liberals and religious conservatives, who see the struggle for gay rights as a threat to traditional values.

This set Poland on a collision course with the European Commission, which says the zones may violate EU law regarding non-discrimination on grounds of sexual orientation.

Councillors in the south-eastern Podkarpackie and Lubelskie provinces, two of nearly a hundred municipalities and provinces that adopted motions declaring themselves free of "LGBT ideology," both voted to repeal the motions on Monday.

In Podkarpackie, a new resolution entitled "Podkarpackie as a region of well-established tolerance" was passed, while in Lubelskie councillors passed a motion entitled "On the protection of fundamental rights and freedoms".

"We see a special need to protect schools and families and the right of every person to self-determination," PAP quoted the latter document as saying.

"At the same time, we support the right of parents to raise their children according to their beliefs," it said.

The European Commission wrote to five Polish regional councils at the beginning of September urging them to abandon declarations that they are "LGBT-free" in order to receive funding.

The Swietokrzyskie region in southern Poland also voted to repeal such a motion on Wednesday. 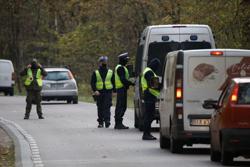