Jakarta: Indonesia has busted a child trafficking ring that offered babies for sale on Instagram, arresting four people including a potential buyer from the resort island of Bali, police said.

A man accused of operating the Instagram account and a 22-year-old mother who allegedly put her child up for adoption were both arrested last week, East Java police spokesperson Frans Barung Mangera said.

A midwife and the potential buyer were also arrested when police intercepted the sale last week in Surabaya city.

Police said the mother wanted to sell her 11-month-old third child because she was in debt.

“According to (the mother’s) statement, the baby was the result of an affair,” said Sudamiran, who like many Indonesians has only one name.

Giving birth out of wedlock is highly stigmatised in Indonesia, the world’s largest Muslim-majority country, and single mothers are sometimes shunned by their family.

The account was still active yesterday with more than 760 followers.

It had posted dozens of black and white photos of ultrasounds and mothers whose faces were partially obscured to hide their identity.

The page claims to offer “family solutions” and lists the personal details of women offering to sell their children, including their age, religion, stage of pregnancy and health.

The four suspects face up to 15 years in prison under Indonesia’s child protection law. — AFP 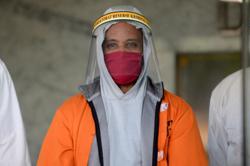 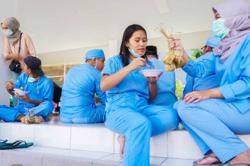 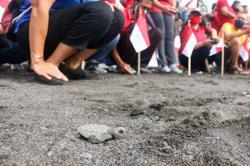