One man missing, two others safe after boat capsizes near KK resort 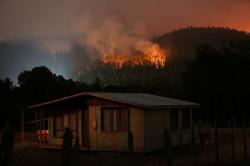 Firemen at the beach in Karambunai where one man was still missing after a boat capsized on Wednesday morning .

KOTA KINABALU: A man is missing while his two friends managed to swim to safety after their boat capsized in waters near a resort off Karambunai near here on Wednesday (Jan 25) morning.

A Fire and Rescue Department spokesman said they were notified of the incident at 6.07am.

"Our operations room received a report from the public about the boat capsizing near the Karambunai Nexus Resort," the spokesman said when contacted.

A six-man team and an Emergency Medical Rescue Services unit were immediately dispatched to the area, he said.

"There were three people involved in the incident. Two managed to save themselves while the third man was still missing together with the boat," the spokesman said.

He added, however, that the department had yet to get the exact details of the incident, including the names of the three people involved.

"We are still investigating at the scene," he said.

In a separate incident, authorities suspended the search for a 61-year-old man who was reported to have gone missing at a commercial fishing pond in the interior Keningau district.

This was after people claimed to have seen Dailo Jair buying groceries on Sunday (Jan 22), two days after he was reported missing, at a store in Kampung Bunsit, some 6km from the site of his "disappearance".

"After speaking to family members, the police as well as other rescue agencies decided to suspend the operation at 11.18am (on Wednesday)," said a Fire and Rescue Department spokesman.

"The search will (resume) if there are new leads," he added.

Dailo’s sibling contacted the authorities on Tuesday (Jan 24) claiming that he had gone missing and was last seen at the Si Daddy Bingkor fishing pond on Jan 20.

Workers found a jacket, mobile phone, power bank and a saw belonging to Dailo, who also worked at the fishing pond, at the site.

The sibling then lodged a missing persons report after efforts to find him in the area proved fruitless. 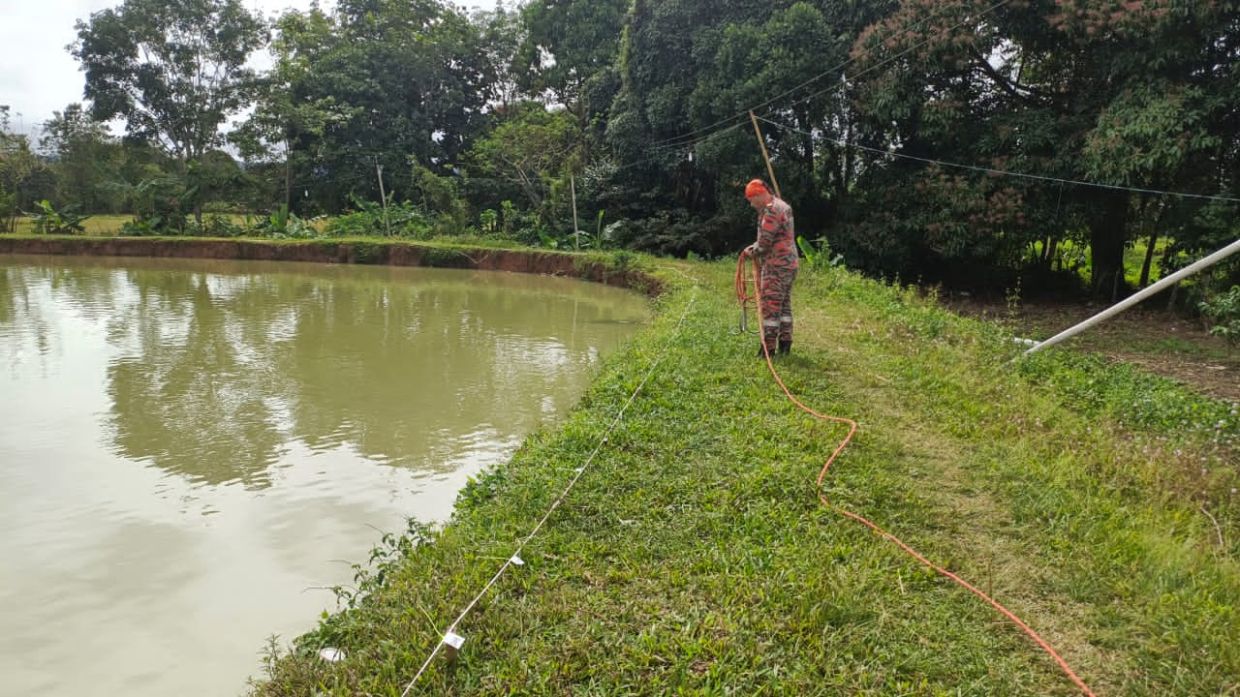 Firemen at the beach in Karambunai where one man was still missing after a boat capsized on Wednesday morning .

The commercial fishing pond in Keningau where Dailo Jair was reported to have gone missing.