ALOR SETAR: A Universiti Putra Malaysia (UPM) senior lecturer passed away after collapsing during the Langkawi International Half Marathon 2022 on the island Saturday (Dec 17) morning.

Langkawi district police chief ACP Shariman Ashari said that police received a call at 10.30am from a doctor on duty at the Sultanah Maliha Hospital’s Emergency Unit stating that Nik Mohd Faiz Nik Mohd Azmi, 37, died on the way to the hospital.

"He was a participant in the Langkawi International Half Marathon 2022 and preliminary investigations found that he collapsed near the finish line and was unconscious.

"Medical and Civil Defence Force personnel administered cardiopulmonary resuscitation before he was taken to the Sultanah Maliha Hospital,” he said in a statement.

ACP Shariman said the body would be referred to the Sultanah Bahiyah Hospital here for a post-mortem, adding that the case had been classified as sudden death. - Bernama 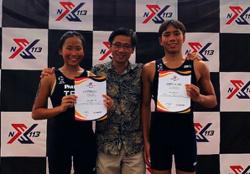