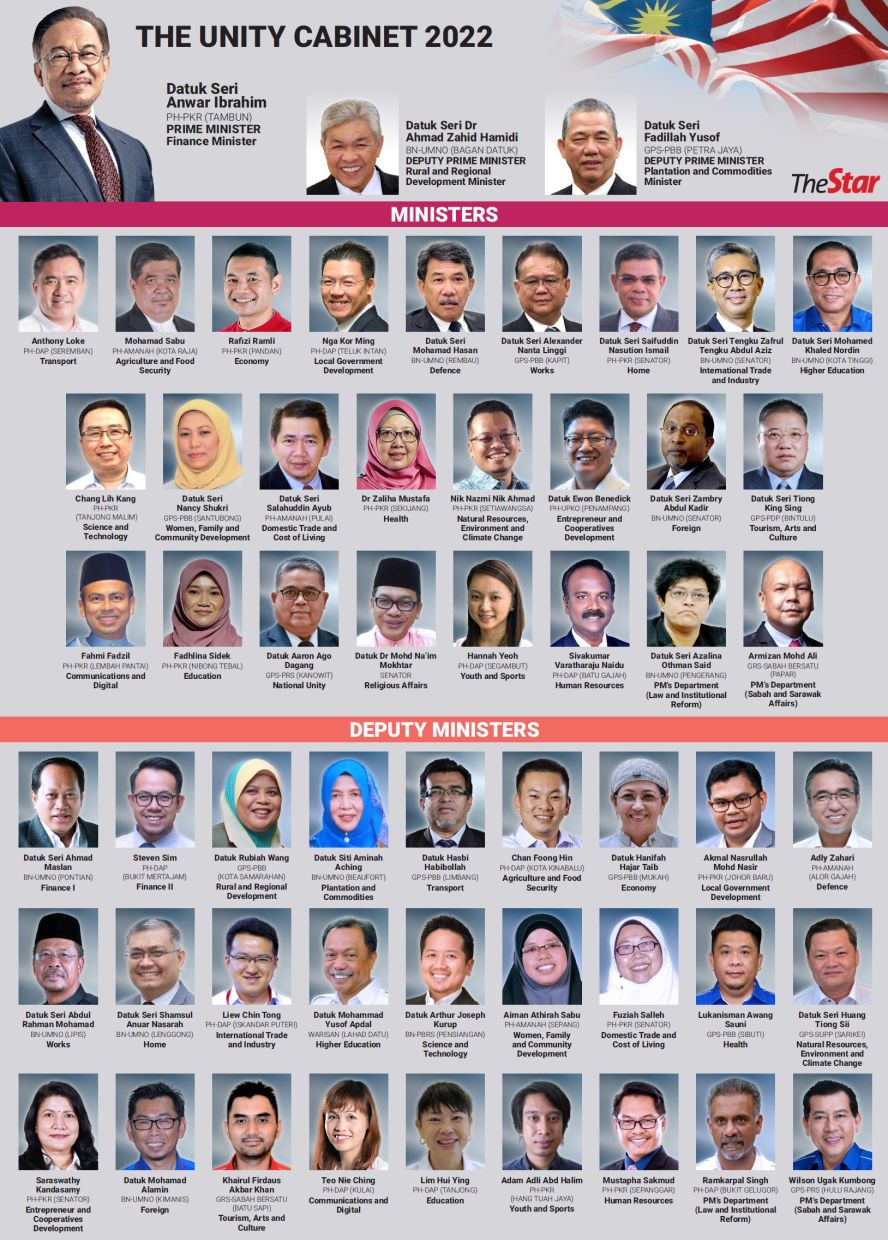 This follows after his audience with the Yang di-Pertuan Agong Al-Sultan Abdullah Ri’ayatuddin Al-Mustafa Billah Shah earlier to present the list of names.

There are 27 deputy ministers in Anwar's unity government.

All the ministries got one deputy except for the Finance Ministry

The National Unity Ministry and Religious Affairs Ministry were left without deputies.

ALSO READ: Nanta calls for more Dayaks, Chinese from Sarawak to be made deputy ministers

On Dec 2, Anwar unveiled a slightly smaller Cabinet than that of his predecessor – naming two Deputy Prime Ministers and 25 ministers.

The Prime Minister will also serve as the Finance Minister, a post he had held from 1991 until his sacking in 1998.

Domestic Trade and Cost of Living 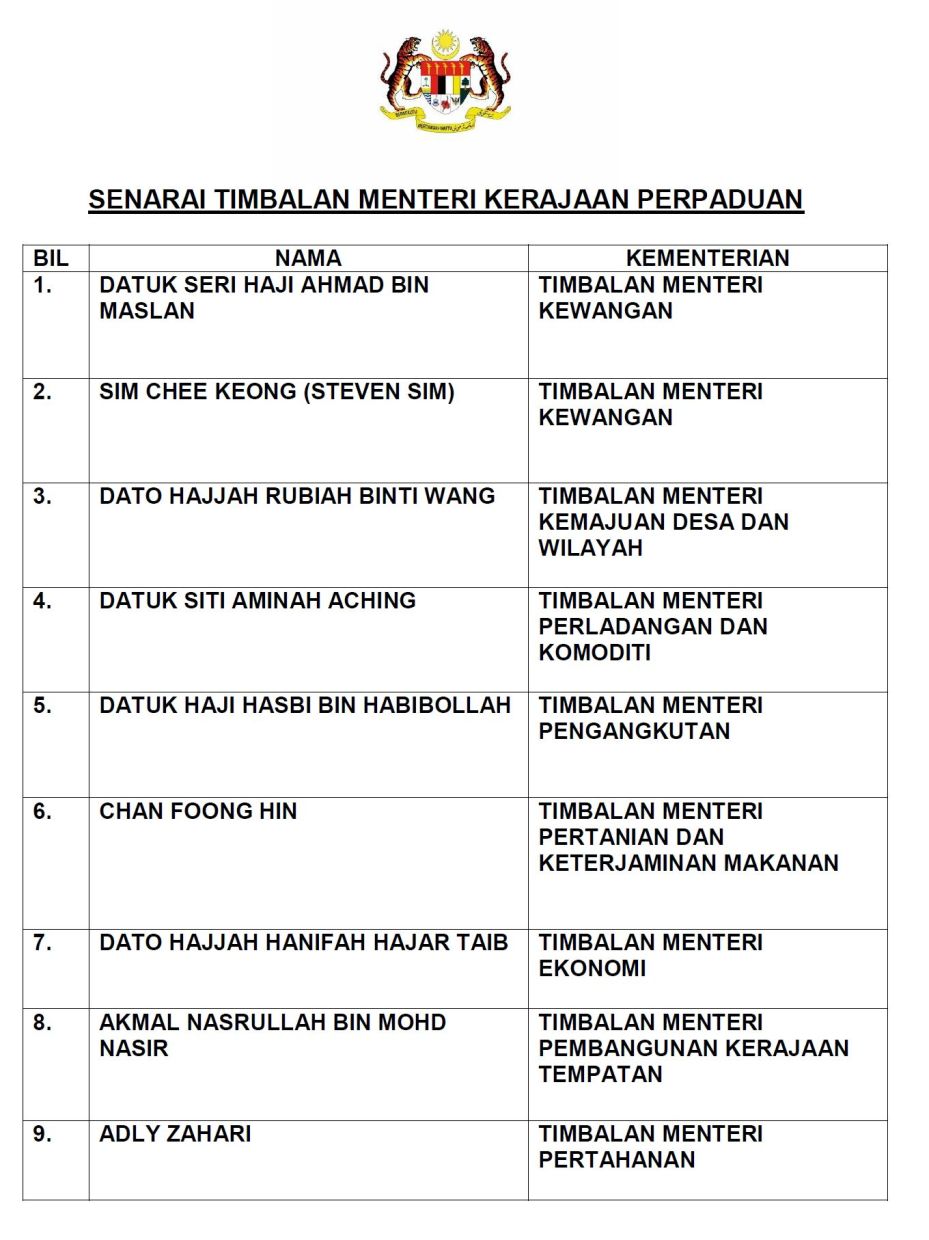