KUCHING: Gabungan Parti Sarawak (GPS) secretary-general Datuk Seri Alexander Nanta Linggi has called for more Dayaks and Chinese from Sarawak to be appointed as deputy ministers to reflect a multiracial leadership in the unity government.

He said minority ethnic communities such as the Bidayuh, Lun Bawang, Kayan, Kenyah and Melanau, as well as the Iban, should be given the opportunity to serve in the new government.

"MPs from these various ethnic groups are obviously capable and have served several terms as MPs and Senators.

"Not to be forgotten, MPs from Sarawak's Chinese community should also be given the opportunity to be appointed as deputy ministers, including candidates from DAP.

"Such a formation will reflect the unity among multiracial leaders in this country under the unity government," he said in a statement on Thursday (Dec 8).

"I fully understand that it is the prerogative of Prime Minister Datuk Seri Anwar Ibrahim to choose who he deems fit to hold the position of deputy ministers.

"However, it is also expected of me as a Dayak leader in GPS to express the sentiments and hopes of Sarawak's Dayak community to the Federal Government," he said.

He said Abang Johari's success in leading Sarawak was due to his inclusive style and understanding of Sarawak's multiracial, multicultural and multireligious society.

"I believe in the wisdom of the Prime Minister in considering this matter. It is my hope that whoever is appointed should take this responsibility with full integrity to ensure that the agenda of national economic recovery and the well-being of the people can be realised successfully," he added. 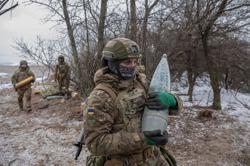