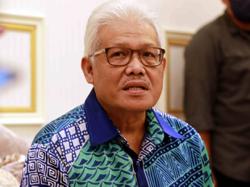 The Economy Minister said the intention of his remarks about the Malaysian Anti-Corruption Commission (MACC) chief commissioner was for the anti-graft body to be able to carry out its duties independently.

"I don’t think that’s exactly what I said. I think it makes (a good) political sound bite or a news bite but what I meant was that, should (we) take over (as) the new government... the priority is to make everything independent and by the law," he told his maiden press conference after clocking in at the ministry here on Monday (Dec 5) morning.

ALSO READ: GE15: We will call up Azam Baki if Pakatan wins at polls, says Rafizi

"It is not just Azam Baki or anyone or even myself... we have to really be careful with what we do because hopefully (once) we make sure there is no interference, all the institutions are independent and the checks and balances work, then everyone should stay on the right course,” he added.

Rafizi had reportedly said during a Nov 16 speech in Johor that Azam would be called up if Pakatan formed the government after GE15.

He said that Azam would be held responsible for all of the alleged irregularities that the MACC conducted regarding the raids and seizures from the office of Invoke Solutions Sdn Bhd.

GE15: We will call up Azam Baki if Pakatan wins at polls, says Rafizi 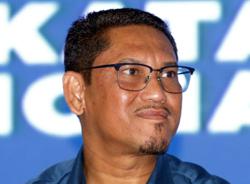 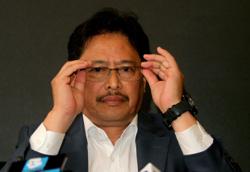