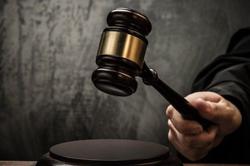 Khoo, the Kota Melaka MP, said DAP accepted that the allegations about Abdul Rahim contained in the articles were baseless and untrue.

"We further deeply regret that these articles have defamed Rahim and have caused him and his family to suffer distress.

"We therefore unreservedly apologise and express our regret for any distress and embarrassment that we have caused him and his family by reason of the publication of the above mentioned articles," he said.

Khoo said the articles had been removed and would not be published again.

The apology was read after a consent judgment between the parties was recorded by Judicial Commissioner Dr John Lee Kien How @ Mohd Johan Lee.

A consent judgment is when litigants agree to resolve a legal suit.

The court ordered DAP to publish the apology in mainstream media including The Star within 14 days from the date of judgment.

JC Mohd Johan also awarded Rahim, who was present in court, RM180,000 in costs to be paid by the defendants to him within 14 days.

On Sept 17, 2020, Abdul Rahim sued Khoo and three other DAP lawmakers for damages and an apology over alleged defamation in Khoo's Facebook post.

The second, third and fourth defendants were sued in their capacities as DAP office bearers.

In his claim, Abdul Rahim said Khoo had written and published on Dec 16, 2018, a Facebook post linking him to "scandals" and urged Bersatu to reject his membership application.

He claimed the post was also uploaded on DAP's website which is freely accessible to the masses.

Abdul Rahim claimed the impugned words in the post had meant that he was involved in various scandals, was a rapist, had committed the offence of statutory rape, had misused his power, was guilty of malpractice, was corrupt and a criminal, among others.

He further claimed the allegations and innuendoes were untrue, baseless and maliciously published and had caused him to be held in grave public scandal, odium and contempt by friends, acquaintances and the general public both nationally and internationally.

In his claims against Tan, Gobind and Lim, Abdul Rahim said the defendants had maliciously libelled him by publishing or causing the publication of the impugned words to the world at large.