Sandrea Ng visiting one of the booths at the Perak Trade Expo.

IPOH: Some applicants for affordable housing still have trouble securing loans even if they fulfil the ownership requirements, says a Perak executive councillor.

Housing and Local Government Committee chairman Sandrea Ng Shy Ching said they included applicants without a regular income or who could not produce salary slips, among others.

“We notice the response from banks is not that encouraging despite the government’s Housing Credit Guarantee Scheme.

“I really hope financial institutions will support the government so that such applicants are able to own a home,” she told reporters after closing the Perak Trade Expo here on Sunday (Dec 4).

On a separate issue, Ng said some quarters had speculated that Pakatan Harapan would try to push for local council elections with its component parties, especially DAP, holding the relevant portfolios at the Federal level (Local Government Development Ministry) and some state executive councils.

She pointed out, however, that this was not part of the coalition's GE15 manifesto.

Ng said many factors needed to be considered before local council elections could be introduced, including practicality, financial matters and if they were indeed necessary.

“This issue is brought up often, but we need to look at it thoroughly," she said.

Ng is from PKR. 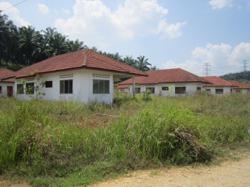