PETALING JAYA: The next time you want to throw your garbage into a drain or river, stop to think. You could be the cause of flooding in the country.

Irresponsible waste dumping is one of the major factors causing urban flash floods, which are becoming a serious problem, said environmental health experts.

The other factors include over-development and non-stop construction, they said.

“Flash floods tend to be more sudden and unsuspected, as seen last December,” he said.

“The public should stop throwing garbage and waste into drains and rivers. Evacuation preparedness programmes should be held.

“Authorities should incorporate better monsoon drains, drainage and floodgate systems in urban planning to cater for heavier rainfall due to climate change.

“Similarly, better flood predictions and early warning systems and creating better awareness among urban residents should be emphasised,” he added.

“Climate change and extreme weather events will only worsen and given that 78% of Malaysians now live in urban areas, urban environmental health issues including floods, pollution, poor housing and overcrowding need to be addressed. It is time we rethink and reinvent urban living and environments in Malaysia,” he said.

“Malaysians generate 40,000 tonnes of municipal solid waste (MSW) daily, with collection efficiency being 80%. What happens to the other 20% waste that is not collected?

“It’s possible that much of it is being discarded into monsoon drains, eventually clogging and hindering water flow, causing floods.

“We need to educate the younger generation on the matter,” said Prof Agamuthu, who is from the Jeffrey Sachs Centre on Sustainable Development.

He said plastic components in MSW were another major factor. A good 15%-25% of plastic (in MSW) is discarded and contribute to clogged drains, he noted.

He said non-stop construction projects were also apparent in major cities (in Malaysia), urging that all major projects must have silt traps.

“But what happens in practice is that the traps become filled after a couple of downpours and they are not cleaned,” he added.

“Otherwise, the authorities could build flood walls or dykes,” he noted, adding that flood risk maps showing high-risk areas should be drawn up to “facilitate both local authorities and developers in refraining from proposing developments in these locations”.

“The planning and implementation of these structures should be multi-purposed to remain cost-effective and sustainable,” he said. 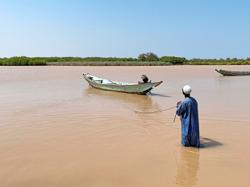