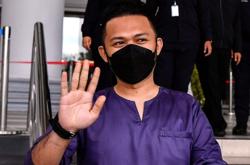 KUALA LUMPUR: A 30-year-old celebrity preacher has been charged at a Sessions Court here for the alleged rape of a then 14-year-old girl.

Muhammad Fathi Na’im Mazlam, who is already facing nine counts of sexual offences against the same victim at a different court, pleaded not guilty when the charge was read out to him yesterday.

According to the charge sheet, Muhammad Fathi, or better known as Fathi Naim, was accused of raping the girl at a hotel room in Jalan Imbi, Bukit Bintang.

He allegedly committed the offence between 2am and 10am on Dec 3 last year.

The preacher was charged under Section 376(1) of the Penal Code and faces up to 20 years imprisonment and whipping, if convicted.

Kuala Lumpur prosecution director Datin Kalmizah Salleh proposed bail at RM15,000 with the additional condition that the accused must not harass witnesses in the case, his passport to be surrendered to the court and that he must report his attendance to the nearest police station once a month.

Lawyer Muhammad Ashraff Mohd Diah, who represented the accused, asked for a lower bail on grounds that his client was the sole breadwinner who has three wives and eight children to support.

“My client has lost his source of income when his contract with a television station was cancelled,” Muhammad Ashraff said.

Judge Tasnim Abu Bakar fixed bail at RM12,000 in one surety and allowed the additional conditions sought by the prosecution.

“The accused, lawyer and any parties are requested not to sensationalise this case on social media,” the judge said.

The case is set for mention on Jan 17 next year.

On Nov 29, Fathi Naim claimed trial at a Klang Sessions Court to seven counts of rape, one count of sexual assault and one count of committing unnatural sex by using an object on the teenage girl.

The offences were allegedly committed in a vehicle in front of a surau, as well as at a parking area in Dataran Eco World and in a hotel in the vicinity of Bandar Puncak Alam between June 2021 and February this year. 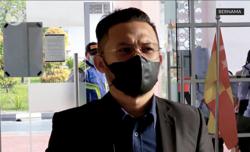