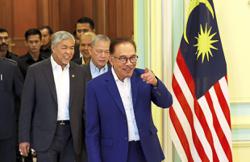 PETALING JAYA: More Malaysian youths should be inspired to build a deeper interest in the parliamentary system as they are future leaders of the country, says National Student Council vice-president Siti Jamila Syuhada Jailani (pic).

"I hope more young Malaysians (can develop) a better understanding of our governing system so that they can be informed citizens as future leaders.

“I want to continue inspiring young people, especially young women, to be more active and use (available) platforms at universities to find the best version of themselves,” the Multimedia University student, who is also a recipient of its Chancellor Award, said in a recent interview.

Siti Jamila and civil servant Ahmad Alif Amri Ahmad Kawazi, 29, were chosen to represent the country at the 11th Commonwealth Youth Parliamentary Conference held in Port of Spain, Republic of Trinidad and Tobago.

They took part in the conference from Nov 20 to 24 with over 50 other youth representatives from various Commonwealth countries.

They were selected by the Commonwealth Parliamentary Association of Malaysia based on their background and active involvement in the community and organisations.

Siti Jamila Syuhada and Ahmad Alif Amri each participated in the debate session for the discussion of the Remote Work Bill 2022 proposal held at Trinidad and Tobago's Parliament building, The Red House.

“The experience was amazing as I gained a greater understanding of parliament, democracy and the important procedures involved.

"We (learned from) different cultures through the delegates from across the Commonwealth discussing democracy and governance," she said.

Siti Jamilah said her passion was to contribute to policymaking and political advocacy in the government sector for a better nation.

The conference, organised by the Caribbean, Atlantic & Americas Region Commonwealth Parliamentary Association, was inaugurated by the Speaker of the Republic of Trinidad and Tobago Senate Bridgid Annisette-George.

Its purpose was to give youths exposure to the practice of democracy and parliamentary politics.

Participants had the opportunity to engage in caucus sessions and discussions with mentors of youth parliamentarians from the host country about political experiences and parliamentary democracy, as well as the role of the media in politics.

The debate session which lasted for three days unanimously approved the motion presented, with amendments, on the reduction of working days to four days a week and the implementation of working from home. 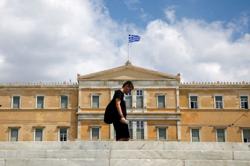 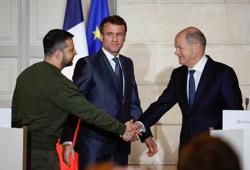