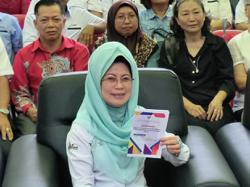 KUCHING: Sarawak has received 60 requests for temporary documents from stateless individuals below the age of 21 since applications opened on Nov 1.

"The temporary documents will allow them to have access to education and healthcare as they wait for their citizenship applications to be approved.

"This is important because we believe that every child has the right to education," she told reporters at the Sarawak Legislative Assembly here on Tuesday (Nov 29).

Fatimah said applications for the documents could be made at her ministry or district offices statewide.

Applicants must have a birth certificate issued in Sarawak and have applied for citizenship under Article 15A of the Federal Constitution.

Successful applicants will be issued the temporary document, which will be valid for two years.

The application process is expected to take about a month.

Fatimah also said her ministry would conduct an outreach programme on the temporary document application next month.

The programme will kick off at the community social support centre here on Dec 2, before going to Sepupok, Niah (Dec 8), Lawas (Dec 10) and Sibu (Dec 12).

ALSO READ: Once stateless, Sarawak teen can now fulfil his dream of becoming a teacher

"These are areas where there is a substantial number of stateless children.

"Through this outreach programme, we want to enable them to have access to education in the new school term starting in March," she said.

Earlier, Fatimah witnessed the handover of a citizenship document under Article 15A to four-year-old Mikayla Hanna, which was received by her parents Yusuf Kamil and Nuridzyan Syazwani Ja'afar.

The couple, who adopted Mikayla when she was one year old, had applied for her citizenship in September 2019.

"We followed up constantly with the National Registration Department through calls and email so that the application would be expedited," Yusuf, 34, said.

"We're very happy that it has now been approved after three years," he added. 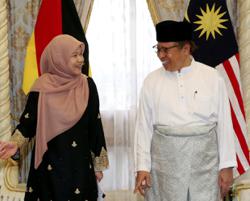