Chong also said this was in line with a recent Royal Decree on the unity government.

He urged everyone to work towards political stability and ensuring economic growth for the interest of the people and the nation.

“MCA will play our role in making sure that the unity government ensures diversity, moderation and to uphold the rights of the pluralistic society in Malaysia,” said Chong on Monday (Nov 28).

Chong’s remarks came following an internal briefing at Wisma MCA, which was followed by a party central committee meeting.

He said that MCA held a briefing session regarding the latest political developments and to listen to constructive views of its party leaders.

“MCA’s priority is to review the general election's results and discuss a strategy to rebuild the party, to focus on the two parliament seats and seven state seats we currently hold, and to improve on our weaknesses,” added Chong.

Chong also said the central committee meeting did not discuss the issue of Cabinet appointments.

On Wednesday, Barisan chairman Datuk Seri Zahid Hamidi said the Yang di-Pertuan Agong said the coalition should be part of the unity government. 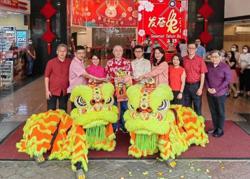