The former Federal tourism minister in the Pakatan Harapan government said he had decided not to defend the seat after taking into account the various political situations in the country.

"I have looked at the overall political situation and decided I will not defend Lahad Datu," he said on Friday (Nov 4).

He is still Segama state assemblyman and will continue carrying out his duties as an elected representative.

Mohamaddin had earlier said that PBM was supposed to be Barisan Nasional-friendly and all PBM incumbent MPs would be allowed to contest. 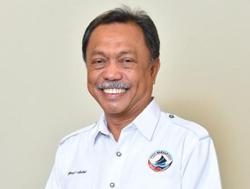