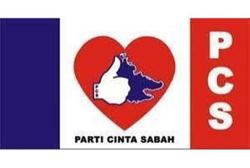 PUTRAJAYA: Polling day for the 15th General Election (GE15) has been set for Nov 19 says the Election Commission (EC).

It also announced that Nomination Day for candidates will be on Nov 5 and early voting on Nov 15.

This was decided in a special meeting on GE15 chaired by EC chairman Tan Sri Abdul Ghani Salleh at its headquarters on Thursday (Oct 20).

ALSO READ: Floods or not, Malaysians ready to vote

Abdul Ghani also announced that the state elections for Perlis, Perak and Pahang will be held concurrently with GE15.

The dates for nomination, early voting and polling for the three state elections will be the same as the general election.

Other states such as Melaka, Johor, Sabah and Sarawak will not be having state polls as they have concluded theirs recently.

State governments for PAS-led Kelantan, Kedah and Terengganu and Pakatan Harapan-governed Selangor, Negri Sembilan and Penang have chosen not to dissolve their legislative assemblies.

This follows the dissolution of Parliament on Oct 10 after consent was given by Yang di-Pertuan Agong Al-Sultan Abdullah Ri'ayatuddin Al-Mustafa Billah Shah.

Prior to this, the EC had opened registration for domestic and international postal voting on Oct 10.

The form can be downloaded from the EC website at www.spr.gov.my while the office address and information of the returning officer is also available.

Malaysians living abroad and agencies or organisations can apply online via myspr.spr.gov.my/login for postal voting.

Floods or not, Malaysians ready to vote 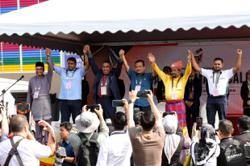