KUALA LUMPUR: Seven separate Bills were tabled in Parliament to pave the way for the abolition of the mandatory death sentence in Malaysia.

Among the laws to be amended are the Dangerous Drugs Act, Kidnapping Act, Arms Act, Penal Code and Firearms (Increased Penalties) Act.

Also to be amended are provisions of the Criminal Justice Act and Criminal Procedure Code.

The amendments cover 33 sections where 11 involve the mandatory death sentence and 22 at the discretion of judges.

Among the major changes to the law involve the offence of murder where judges will be given the discretion to sentence a convicted person to either death or imprisonment for natural life.

The current law under Section 302 of the Penal Code imposes a mandatory death sentence.

The death sentence for kidnapping will also be removed under Section 3 of the Kidnapping Act.

However, offenders will be looking at a punishment of imprisonment for life and not less than 12 strokes of the rotan.

Also amended is Section 39B of the Dangerous Drugs Act where judges will be allowed to exercise their discretion on whether to impose the death sentence for drug traffickers without the need to consider certain factors imposed under the current law.

Also abolished are the death sentences for several offences against the King, Ruler or Yang di-Pertua Negri.

The mandatory death sentence for those convicted for terrorism under section 130C of the Penal Code will be abolished.

The punishment will be replaced with imprisonment for natural life and not less than 12 strokes of the rotan.

The proposed amendments will act retrospectively against offenders who were convicted prior to the passing of the laws but have yet to be sentenced.

The Bill was tabled by Minister in the Prime Minister's Department in charge of Parliament and Law Datuk Seri Dr Wan Junaidi Tuanku Jaafar on Thursday (Oct 6).

He informed the House that the proposed amendments are scheduled to be passed during the current meeting.

Wan Junaidi had previously said that the law would be passed provided there was no “disruption” to the Dewan Rakyat proceedings which will end on Nov 29.

Batu Kawan MP Kasthuri s Patto described the tabling of the Bills as a historic day for the nation.

She lauded the government for taking a "valiant step" in making effort to abolish the mandatory death penalty.

"Oct 6 is just four days before the World Day Against the Death Penalty; Malaysia holds her head high as a member of UN Human Rights Council," she said.

Kasthuri, who is Parliamentarians for Global Action president, urged the government to continue with the moratorium in carrying out the death sentence on more than 1,300 inmates on death row. 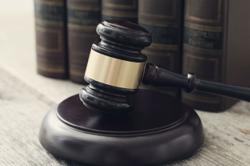