IPOH: Environmentalist groups have called on Mentri Besar Datuk Seri Saarani Mohamad to retract his statement about the lanthanide project in Hulu Perak being conducted outside the Central Forest Spine (CFS).

“On June 15, Saarani claimed that he had checked with some departments and said that the lanthanide mining project site is not located under CFS.

Leela added that together with 20 other environmental groups, they believed that by going ahead with the project, it would render a meaningless conservation effort to protect critically endangered species.

“The lanthanide mining project’s EIA clearly states that the project site has high biodiversity and is an important habitat for critically endangered species such as the Malayan tiger, Malayan tapir, and the Asian elephant.

“By going ahead with the project, it will only increase human-wildlife conflict, which has already been recorded,” she added.

In June, Saarani said he had personally checked with the Forestry Department, Land and Mines Department, and the Mineral and Geoscience Department to confirm that the project is located outside the CFS area.

On Aug 24, Saarani said the project in Hulu Perak is expected to start at the latest by September.

He also said that the site is not located in a forest reserve but instead (on a piece of land) owned by the State Agriculture Development Corporation (SADC).

“Perak’s Mentri Besar Incorporated (MB Inc) owned 578.95ha of forest land for the project, when did they acquire these land parcels?

The group added that they want the relevant authorities to scrap the project as it is not only being conducted in a critical area, but also leading to environmental disasters again. 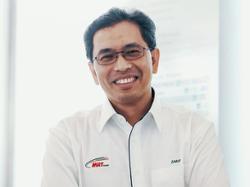