"The Health Ministry will be holding engagement sessions with the relevant stakeholders very soon to coordinate the recommendations from the Attorney General's Chambers (AGC) to submit a memorandum to the Cabinet to abolish the offence of attempted suicide.

"The Cabinet will make a policy decision on the matter before it is brought to Parliament," the Deputy Health Minister said when replying to a supplementary question raised by Datuk Dr Xavier Jayakumar (IND-Kuala Langat) in Dewan Rakyat on Tuesday (Oct 4).

He informed the House that the AGC completed its findings and recommendations to decriminalise attempted suicide on Sept 19, a year after it was first mooted to the Cabinet.

Dr Noor Azmi said that a total of 637 suicides were reported as of August this year.

He said that he does not see the number of suicides rising above the 1,000 mark this year.

He said this was likely due to improvement in the situation if compared to what it was like during the height of the Covid-19 pandemic in 2020.

Earlier, Dr Noor Azmi said that a study in 2019 revealed that almost 500,000 adults and 424,000 children suffered from mental health issues such as depression.

"Of these calls, a total of 227,713 were for emotional support and counselling due to various factors," he added.

He said that the government has since implemented a National Strategic Mental Health Plan 2020-2025 to address issues related to mental health.

Among them, he said is the development of a National Suicide and Fatal Injury Registry which will be operational mid-next year. 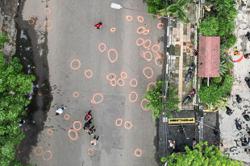