More initiatives to benefit veterans in the works, says Hishammuddin 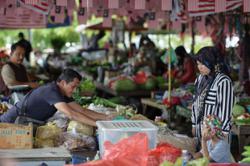 The Defence Minister said of the five issues voiced out by veterans, two of them, namely the improvement of pensions for widows and the forming of a panel to consider applications by former servicemen to be authorised as army veterans, were already fulfilled.

“The ministry has also completed its studies for the remaining three (initiatives) and has forwarded our research to the Finance Ministry and Public Service Department (PSD) for approval,” he told a press conference here on Thursday (Sept 29).

The other three issues include allowances for “Pingat Jasa Malaysia” (PJM) holders, increasing the amounts given to veterans from the B40 category under the Bantuan Sara Hidup (BSH) programme, and the adjustment of pensions for veterans.

“The allocation of special allowances for PJM holders and pension adjustments are however something complex and cannot be decided by the Defence Ministry alone (as it involves a large sum of money).

“Given the complexity of the matter, I will continue working closely with the PSD director-general and Finance Minister to find a solution,” he said.

Hishammuddin also proposed that both the PSD director-general and Finance Minister be part of the National Veterans Council.

“This will allow them to better understand Mindef’s needs and plans concerning veterans,” he said. 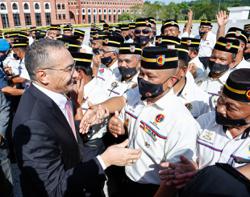 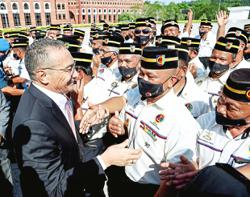