PUTRAJAYA: Expressing displeasure that only 16 out of 95 proposals by the National Recovery Council (NRC) were implemented, Tan Sri Muhyiddin Yassin says the prolonged delay by the government is “not acceptable.”

As such, the NRC chairman suggested that the NRC make way for a National Recovery Ministry so that the government will take the recommendations seriously.

He said there seemed to be a lack of political will to take up ideas put forward by the NRC, adding that this would only be to the detriment of the people and country.

“We have carried out our function as should be, by meeting every month and making many expert recommendations. If I am asked why I have not done anything, I will say that (implementation) is not part of my job. These are not my recommendations, but the council’s, which is made up of Cabinet ministers, economists, experts in all fields, and even the Opposition.

“Perhaps my face is not handsome enough or I am from a different political party,” Muhyiddin told reporters after chairing a four-hour NRC meeting at the Finance Ministry here yesterday.

The former prime minister and Perikatan Nasional chairman expressed concern with the global economic situation, which he said continued to have a negative impact on the country. 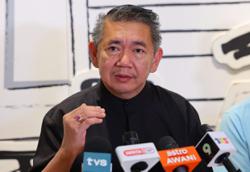 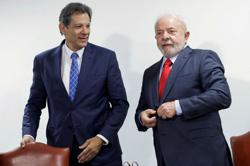