Johor girl makes it to English Language Olympiad in Italy 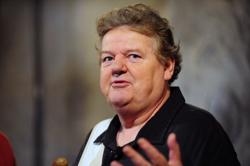 Hoping for the best: Isabel is among nine Malaysian students who will be heading to Rome for the final round of the English Language Olympiad.

BATU PAHAT: An 11-year-old girl will be heading to Italy to compete in an English Language Olympiad, her fluency honed by years of devouring Harry Potter and Percy Jackson books.

After rounds of exams and months of preparations, Year Five pupil Isabel Lim Yu Tong is one of nine Malaysian finalists who will be in Rome to compete against students from all over the world from Sept 28 to 30.

“I am not feeling any pressure. I am actually looking forward to making new friends from all over the world,” said Isabel, who has always been interested in learning English since she was little.

She said she enjoyed immersing herself in fantasy novels such as the Harry Potter and Percy Jackson series.

“I also watch TV shows. My favourite is The Big Bang Theory. I like to observe the way the actors speak.

“I am also not shy about speaking to my classmates and teachers in English,” she said.

The Olympiad is organised by the Global Hippo Association, a non-profit organisation founded in 2012 with the purpose of promoting the importance of English language knowledge and bringing together children from different countries.

The annual competition saw the participation of 67,748 students from 45 countries in the preliminary round this year, out of which only 183 qualified for the final round.

Isabel, a pupil of Sekolah Rendah Seri Presbyterian, said she did not expect to make it this far.

She took part in the same competition last year but was eliminated in the semi-final round.

“I am happy to go to Europe for the first time and represent Johor and Malaysia on the international stage,” she said.

Isabel is the only pupil from Johor to head to the Hippo English Language Olympiad this time.

“I will do my best in the finals,” she added.

Her parents and a teacher will be accompanying her for the trip. They will leave for Rome today.

“Never did we imagine that our daughter from a small town in Batu Pahat will be representing the country on the international stage,” said her mother Kuo Chiew Yen, 40.

“Although we know it will be quite competitive, we have faith and confidence in her to do her best and we will be there to support her all the way.”

Kuo, a property agent, added: “When Isabel did not make it past the semi-final stage last year, we kept motivating her and encouraged her not to give up.”

The Olympiad, she said, would test the finalists on skills such as reading, listening, writing, use of English and speaking (conversation and impromptu).

She also expressed gratitude to Isabel’s school for being supportive and providing extra classes to help prepare her for the competition.

Yesterday, Isabel received a token of appreciation from the Batu Pahat education office where its deputy education officer of school management, Mohamad Aizel Mohamad, gave her words of encouragement. 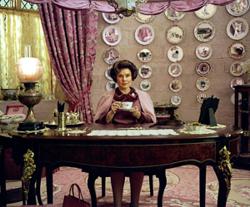