KOTA BARU: Up to 442 temporary relief centres are ready to be activated in Kelantan in preparation for flooding throughout the north-east monsoon season, says Mentri Besar Datuk Ahmad Yakob.

The centres would be able to accommodate a total of 170,180 victims, he added.

"The state disaster management committee met on Sept 7 to discuss preparations for the monsoon.

"The state branch of the Malaysian Meteorological Department informed the meeting that the north-east monsoon is expected to start in November.

"The anticipated amount of rain will be slightly higher in the central region and coastal areas of the state,” he told reporters after the launching of the Rabbani (K-Rabb) Community Culture programme here on Sunday (Sept 25).

Ahmad also said that all the districts in Kelantan had been instructed to see to the condition of their respective relief centres to ensure the comfort of flood victims.

Asked about the state’s preparations if the 15th General Election (GE15) is held during the monsoon season, Ahmad said there could be difficulties as some designated polling stations may already be in use as relief centres.

"Then we have to think about how to move the flood victims. That's a difficulty (we might be faced with),” he added. – Bernama

Floods: 300 warning sirens to be upgraded 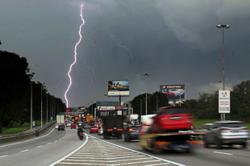