KUALA LUMPUR: Police have opened an investigation paper regarding a rally in front of a popular shopping complex here on Saturday (Sept 24).

Dang Wangi OCPD Asst Comm Noor Dellhan Yahaya said police have identified several individuals and those involved would be called to the Dang Wangi police headquarters to have their statements taken in the near future to assist in the investigations under Section 9 (5) of the Peaceful Assembly Act 2012 for holding a rally without notice.

He said about 50 people including students and politicians were identified as attending the assembly.

A Bernama survey found that the rally participants started gathering at the location from 3.30pm and dispersed at about 4.45pm with no untoward incidents. 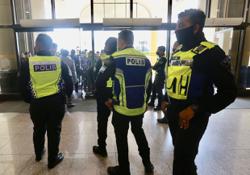