The elephant fled after the incident.

Tawau OCPD Asst Comm Jasmin Hussin said the victim was on a motorcycle with her husband when the elephant attacked at about 7.30am.

ALSO READ: Orang Asli woman in ICU after an attack by elephant while looking for durian

“The incident happened near the Dumpas estate area,” he said when contacted.

It is learnt that the victim’s husband was unhurt in the incident.

Tawau wildlife officer Primus Lambut said they received a call at 8.20am.

“The elephant had already left when we arrived,” he said, adding that the authorities were still trying to determine what triggered the attack. 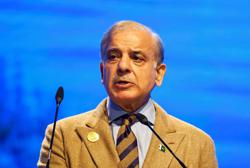