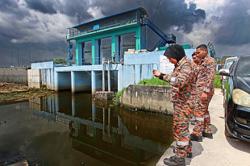 KOTA KINABALU: The Civil Defence Force (APM) is prepared for the floods after providing training to the communities in some 520 locations that have been identified as flood hotspots in Sabah.

Its deputy chief commissioner Dr Norhafifi Ismail said they have done similar preparations at the national level by concentrating on the hotspots during the northeast monsoon that was expected between the middle of October to March next year.

“As for Sabah, 520 areas have been identified (as hotspots). We have formed our teams to scour the flood-prone areas.

“We have given particular focus to the local communities by providing them training in order to respond to situations such as what to do when the water level rises, where are the safe locations, and to move in a calm manner to temporary shelters,” he said.

He believed that not much logistical arrangements like buses, boats, lorries and trucks would be needed to transfer people if such early measures were taken.

“This is because we have trained them in a systematic and orderly way to move to the shelters.

“At the same time, this will save the government a substantial amount in expenses,” said Norhafifi after launching an appreciation ceremony for Sabah APM frontliners in Sandakan on Thursday (Sept 22).

Norhafifi added that among the flood hotspots the APM had identified in Sandakan were Kampung Gum-Gum, Kampung Jaya Bakti and Kampung Semawang.

“We have trained the communities there to take the right action (which is) to relocate to the shelters and not to wait until the floodwaters rise as this could make it harder to transfer people due to lack of boats,” he said, and advised the people to heed the instructions given by the authorities.

At the event, 98 APM personnel were given promotions while 56 others received appreciation medals at the ceremony.

Norhafifi said the promotions and medals given were recognition to those who remained dedicated in their service during the Covid-19 pandemic. 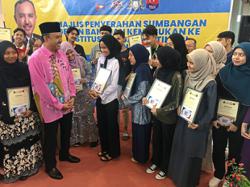