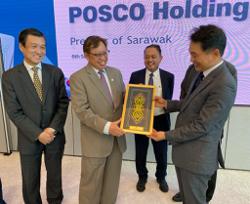 KUCHING: Sarawak is poised to begin large-scale commercial production of hydrogen by 2027 in line with its vision of becoming a hydrogen economy, says Tan Sri Abang Johari Tun Openg.

The Premier said the state was taking the necessary measures and rolling out various initiatives to develop such a renewable-energy based economy.

Towards this end, he welcomed the signing of a memorandum of understanding (MOU) between Sarawakian and South Korean companies to study the supply of renewable hydropower for the state's green hydrogen and ammonia project, dubbed the H2biscus Project.

"I am proud and delighted to witness the signing of the MOU between Sarawak Energy and SEDC Energy with Samsung Engineering, Lotte Chemical and Posco Holdings," he said at the signing ceremony in Seoul on Wednesday (Sept 7).

Abang Johari thanked the South Korean government for providing funds for the multibillion-dollar project, saying it would not only create economic growth for both South Korea and Sarawak but become a flagship project in the region.

"I look forward to seeing this collaboration develop further, with the anticipation of witnessing the production of Sarawak's first large-scale green hydrogen ready for export by 2027, God willing," he said.

"SEDC Energy, on the other hand, will start producing green hydrogen at the Petros multifuel station by the end of this year as well as at the Rembus hydrogen production facility for our autonomous rapid transit (ART) by 2024," he added. 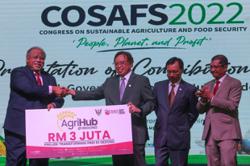 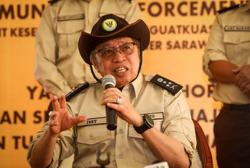