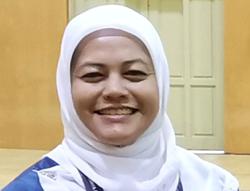 The state tourism and local government committee chairman said, however, there were many aspects to consider, especially safety and security matters before the site can be opened to the public.

“We have met the land owner, together with related agencies like the Mineral and Geoscience Department, to discuss its potential.

“Several concerns were raised during the meeting, including safety matters,” she told reporters here on Thursday (Aug 25).

"We will continue to do more research and discussion before making any decisions," she added.

On Aug 4, a 21-second video of the site went viral with many people expressing their interest in visiting the place.

Nolee Ashilin had said the authorities had visited the area after being contacted about the video by the local council and district officer.

The site has been fenced up to prevent intrusion for the time being, she added.

“It is still private land and no one should trespass on it.

"We couldn't stop those who went there earlier (but) we want to ensure that the place is safe before allowing future visits," she said.

“I was also informed that the people in the viral video were trespassing and used an alternative route through a nearby forest to gain access.

“The general public needs to wait a while. In its current condition, the site cannot accommodate visitors.

"There is no guarantee of safety or security yet, so I hope people will be patient,” she added. 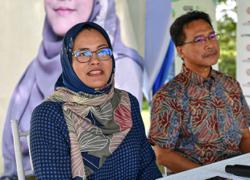