PETALING JAYA: The Coalition for Clean and Fair Elections (Bersih) has started an online petition, pleading with the Yang di-Pertuan Agong to reject any request for pardon involving Datuk Seri Najib Razak.

The former prime minister is serving time in Kajang Prison after the Federal Court dismissed his final appeal over his sentence and conviction in the SRC International case.

The petition on Change.org was addressed to Al-Sultan Abdullah Ri’ayatuddin Al-Mustafa Billah Shah.

It read, “Daulat Tuanku. We, your loyal subjects, humbly appeal to Your Majesty not to exercise your discretion to pardon former prime minister Najib Abdul Razak for his crime against the Malaysian public.

“He has been convicted of stealing public funds in the SRC International case and has been given due process at a fair trial.”

The petition further stated that the rakyat had to suffer the impact of corruption by elected officials who enriched themselves with national wealth, instead of using it to develop the country.

“Even if Najib has no shame for what he has done, we the rakyat have to live with the indignity of being known for the world’s largest case of kleptocracy.

“With all our hearts, we appeal to Your Majesty to consider our request to deny any appeal for pardon by Najib, who has brought shame to this country.

“As a nation, we must not tolerate corruption or the corrupt, whoever that person may be,” it added.

The petition also said Najib should serve his 12-year jail term and pay the RM210mil fine to serve as a deterrent to any leader who thinks he can corruptly abuse his position of authority.

“Your Majesty, help us to lift our heads high once again, to make us proud again as Malaysians,” it said.

At press time, the petition had 4,500 signatories, almost reaching its target of 5,000 signatures.

On Tuesday, Najib’s conviction for misappropriating SRC International funds amounting to RM42mil was upheld by the highest court.

The Pekan MP became the country’s first former premier to be sent to prison. 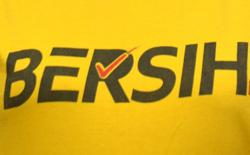