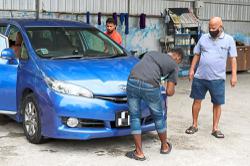 Gentle reminder: Hariz ordering food at a restaurant that has put up a sign to notify customers of the price hike near Danga Bay. — THOMAS YONG/The Star

JOHOR BARU: The rising cost of living, coupled with the influx of Singaporean visitors with a stronger dollar, caused a spike in food prices here.

A check at several restaurants and coffee shops around Johor Baru found that the prices of dishes and drinks have increased by at least a few sen to more than RM1 since the reopening of the border with steeper price hikes seen in the city area.

Business owners said the rising cost of living had prompted them to increase the price of food and drinks despite facing the risk of losing customers, especially locals.

Restaurant owner Charmaine Tan, 36, said she increased the prices of food and drinks sold at her shop in January this year.

“For drinks, I increased the price by about 20sen to 30sen while the price of food went up by between 50sen and RM1.

“For now, I have decided not to increase the price (again) despite lower profit and the continued increase in the price of raw materials as it may not sit well with customers,” she told The Star when met at her shop near Danga Bay here.

She said she could still cover her cost at the moment.

“I have been getting more customers since the border reopened. So I do not have to increase the price again for the time being,” she said.

Third generation owner of the famous banana cake bakery in town, Lim Toh Huei, 34, said the price of their cakes increased by RM2.

“The price of one pack of our banana cake is now sold at RM12, instead of RM10 earlier this year.

“This is because bananas, the main ingredient needed to bake the cake, have also increased in price. So has other ingredients such as flour,” he said.

However, he noted that the hike in price had not affected business as Singaporeans continue to throng the shop, especially on weekends.

Johor Baru Coffee, Restaurant and Bar Operators Association chairman Tiong Kiu Wong said that businesses were encouraged not to hike the price of their dishes too much.

“We cannot stop them from increasing the prices of their dishes as they are burdened by higher cost of raw materials and rental in some cases.

“However, we advise them not to hike up too much. A few sen or even RM1 is reasonable but not more than that as this will be a burden to customers,” he said.

“Most shops have increased the prices of their dishes between 10sen and 20sen. We try to avoid increasing it further but it will depend on whether the prices of raw materials such as chicken and eggs continue to increase.

“It is better to increase the prices of dishes slightly than to reduce the portion of food as this would give way to more complaints from customers,” he said.

Johor Consumer Movement Association president Md Salleh Sadijo said some businesses, especially those located in the city, were using the increase in the cost of living as an excuse to hike the prices of their dishes.

“Some restaurants are profiteering from the situation and hiking the prices of their dishes excessively because they know they will still get customers from Singapore.

“The steep increase in the price of food will not cause much impact to Singaporeans as they have a stronger currency. It will still be cheap for them.

“However, for locals, this is a huge burden as they have to now pay twice as much for a simple meal.

“This is unfair to the locals and the government needs to do something about this. They need to monitor the situation and ensure that the rights of local consumers are also protected,” he said.

Videographer Hariz Hamid, 25, said he could no longer get a meal with drinks for less than RM10.

“Previously, I can get a decent meal with rice and maybe two dishes and a drink with just RM8 but I can no longer get such deals these days.

“Now I have to fork out at least RM10 or even more at certain places. Even a portion of fried chicken has now gone up to RM5 from RM4 previously,” he said.

Housewife Wolni Jungin, 38, said even the price of a plain roti canai at her favourite restaurant has gone up by 20sen.

“Everything is very expensive these days. I try to avoid eating out as much as possible as I know the price is no longer what it was a few months ago,” she said. 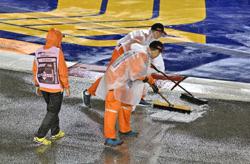