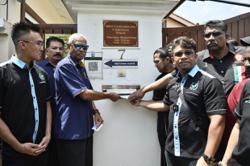 KUALA LUMPUR: Six individuals were detained following a raid on a job scam syndicate's call centre at a condominium in Jalan Klang Lama.

Brickfields OCPD Asst Comm Amihizam Abdul Shukor said those detained in Monday's raid were two local men, two local women as well as a man and a woman from Indonesia aged between 20 and 31.

Initial investigations revealed that the syndicate has been operating since last month, targeting victims from Indonesia via Shopee, he said.

"They are using prepaid internet plans to access the world wide web.

"The suspects have been communicating with each other since about four months ago. They were offered the jobs at the call centre via Facebook," he said.

ACP Amihizam said the suspects were paid between RM3,000 and RM3,500 a month as well as about 5% commission for every successful task.

"We advise the public not to be easily duped by such unclear job offers which promise lucrative pay.

"Verify any job offer before making a decision," he said. 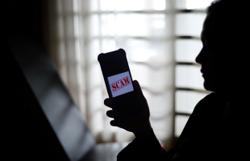 PM meets with UAE president on working visit to Abu Dhabi
Putting the brakes on cybercrime
Public must be more aware of how scams work
Watch out! There are many ways in which we get duped
Consumers must become more aware of scams
Almost 5% dip in new Covid-19 cases
‘RM2.08bil went to Najib’
A tall order to keep skyscrapers in tip top condition
King launches 8th Asean Traditional Textiles meet
‘UN must change to stay relevant’