PETALING JAYA: Undertaking jobs beneath their qualifications has been the bane of up to 1.55 million graduates nationwide, according to data by the Statistics Department (DOSM).

In its Graduate Statistics Report 2021 released on July 27, DOSM noted that the rate of graduate mismatch constituted 33.9% of the total number of graduates. They were employed in semi-skilled and low-skilled occupations.

ALSO READ: When engineering grad ends up in marketing

The term “graduate mismatch” refers to employees who are holding positions that are not commensurate with their educational levels.

Of the number, graduates were largely employed as clerical support workers (14.4%), followed by service and sales workers (10.8%) and craft and related trades workers (4.2%).

The remaining 2.3% are in the low-skilled category and working in elementary occupations.

“Skill-related underemployment, which has been one of the fundamental and structural issues in the labour market, has intensified since the pandemic,” it states.

“This involves those who are from families where they are the first generation to graduate as (some) have chosen fields where there are fewer job opportunities,” he said during the question-and-answer session in the Dewan Rakyat on Aug 3.

Saravanan said the ministry had set up reskilling and upskilling programmes to address the issue through the Human Resource Development Corp and Social Security Organisation (Socso).

Another set of data by the Higher Education Ministry analysed by Hawati Abdul Hamid of Khazanah Research Institute revealed that around 40% of graduates are working in non-graduate jobs (those not requiring tertiary level education).

The data Hawati was referring to is based on a four-year time frame between 2018 and 2021.

She added that graduate mismatch could be attributed to the low-valued economic model used in the country.

Aside from that, she added that polemics pertaining to graduates’ quality and the demands from employers should also be highlighted.

National Association of Human Resources Malaysia (Pusma) president Zarina Ismail said the economic recovery situation had pushed graduates to work in any field to sustain themselves and repay student loans.

She also said that employers preferred new graduates as they would be open to accepting the job with negotiable salaries.

“Yes, not all graduates get the right job the first time.

“We must have an open mind on what we term as underemployed as it is by doing any job given to fresh graduates that they gain experience and skills.

“Starting an underemployed job may be the best place to gain real industry experience,” he said.

He explained that employers preferred to employ those with the relevant skills and experience, adding that recruitment was an ongoing activity and graduates were always required.

“The MEF Salary Survey for Executives 2021 reported that 52.8% of the respondent companies recruit graduates without experience in their companies,” he said.

He also hoped that institutes of higher learning would spend time educating local graduates about real-life expectations and focus on having a goal in life to succeed.

Hiredly founder and chief executive officer Derek Toh said although a degree provided some value in determining a career path, there were many factors causing graduates to pick up jobs in unrelated fields.

“One would be the gap between what was learnt on paper and the needs of the industry.

“This renders many unable to secure a job in their field, resulting in them looking elsewhere for employment.

“Another reason would be the rise in attractiveness of digital jobs, which sees high-quality talents being attracted towards them due to the nature of this field,” he said.

Toh said that a large number of fresh graduates who expressed intentions to obtain jobs in other fields were those with technical degrees such as engineering and accounting.

JobStreet Malaysia managing director Vic Sithasanan said graduates were in demand due to their educational background, more so with specialised roles like engineering, medicine and accounting.

He said that Jobstreet was also seeing certain companies placing greater emphasis on skills over academic qualifications in their search for digital talent post-pandemic. 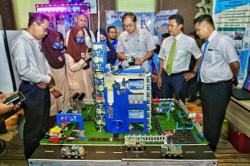