GEORGE TOWN: Nurul Izzah Anwar has been chosen to lead the PKR election machinery for the northern states.

PKR president Datuk Seri Anwar Ibrahim said the decision to choose the party vice-president was made during a meeting with the party division leaders from Penang, Kedah and Perlis.

"During the meeting, I have explained to division leaders why the party top leadership has assigned the party deputy president and party vice-presidents to lead the election machinery in every state in Malaysia except for Sabah and Sarawak," he said at a press conference at the state party's headquarters in Bayan Baru here on Thursday (Aug 11).

He said Nurul Izzah will lead the three northern states to face the 15th General Election that can be held anytime soon.

He said with the appointment, he hopes that the states’ party election machinery will be strengthened.

The Port Dickson MP said as for Sabah and Sarawak, the two states will decide their leadership.

During the meeting, Anwar said party leaders from the northern states brought up many issues including the preparation for GR15 and the seat allocation between Pakatan Harapan component parties.

He said the seat allocation between the component parties in the Pakatan leadership council will be discussed next week.

Anwar was also asked about which seat he is going to contest for GE15.

The PKR chief said he is considering Perak to be one of the options.

"I will give my due consideration, similarly with the proposal to contest in Johor,'' he said, adding that his friends in Penang also want him to contest in his home state.

After the press conference Anwar was treated to a surprise birthday party by state PKR members to celebrate his 75th birthday. 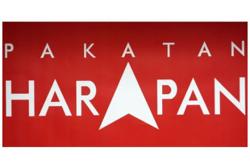